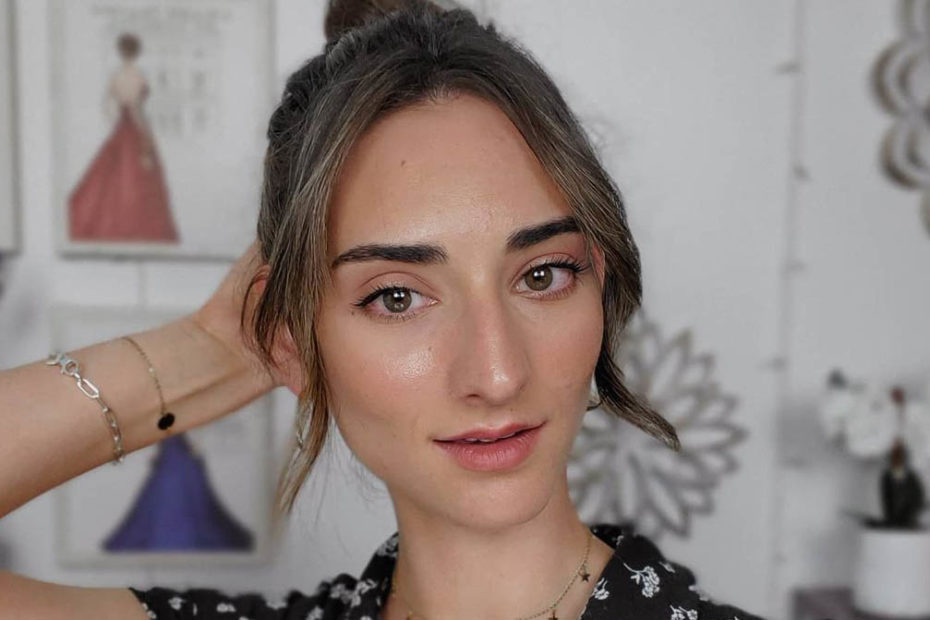 Ben Shapiro is a person who, at one point or another, has come across our social media feed with his videos where he debates. As he titles, his videos “destroys” young liberal boys and girls on socio-political topics. Now, it seems like it is time for his lesser-known sister Abigail Shapiro to plague our YouTube feed. Did you know, Abigail Roth was a YouTube personality? Well, we certainly didn’t, until recently.

It definitely makes us curious to learn more about Abigail Roth, especially her career, net worth, and married life. Who is her husband? Learn about him and their married life here in her complete biography.

Abigail Roth is an Opera Singer.

It isn’t that surprising to learn Abigail Roth is a talented opera singer. Coming from a well-off Jewish family from California, it is only common that their parents would value classical artistic skills. All of her siblings are also talented classical musicians.

We know that Ben Shapiro is a skilled violinist who played the Israel Bonds Banquet in 1996 at the young age of only 12 years old.

Furthermore, she has two more sisters, where one plays the cello, and the other plays the piano. However, Abigail Shapiro is probably the most talented among her family members.

She has 3 different degrees of operatic performances, one of which is from the Manhattan School of Music in New York.

Abigail Roth was born on November 8, 1992, which makes her 27 years of age, soon turning 28 years old. She was born to father David Shapiro, who was a composer by profession.

Her mother, too, was in the entertainment business working as an executive producer. Her parents raised her with orthodox beliefs, and Abigail plans to re-learn the orthodox faith once more.

Ben Shapiro’s sister Abigail Shapiro already became a minor celebrity as a meme in 2017. After her singing two operas songs from back in 2014 as posted by her father became viral. She became famous as the rather attractive-looking sister of Ben Shapiro, who is trolled for his looks and conservative beliefs.

The memes either pointed out how she looked like a slightly attractive female version of her brother or how she looks like an attractive character from the computer game, ‘Sims.’ 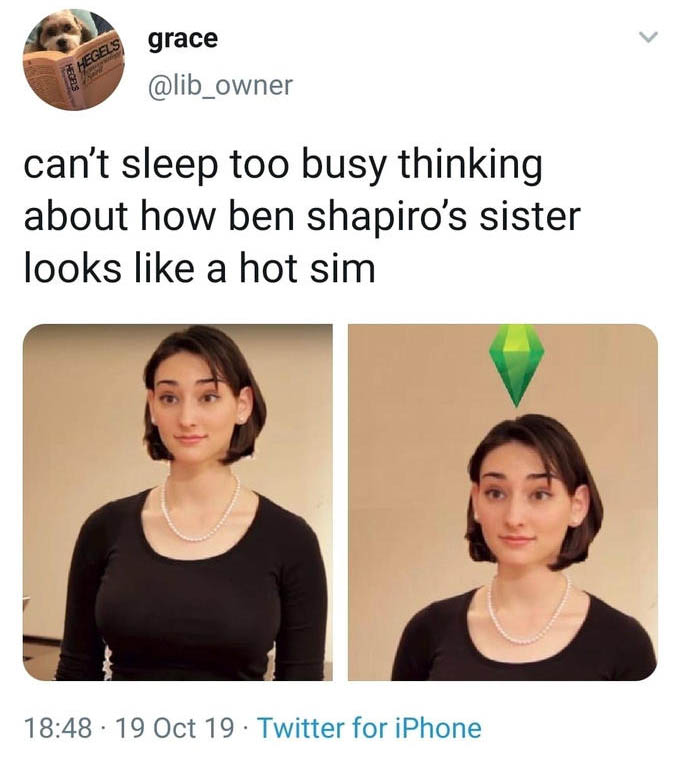 Abigail Shapiro became a meme in 2017.

Abigail Shapiro, who goes by the catchier name ‘Classically Abby‘ in her YouTube Channel as well as the rest of her socials, has one weird type of diversity as an online figure.

She is a beauty influencer as a self-taught make-up artist and fashion enthusiast whom you can tell from her Instagram and a few videos on her videos. Similarly, she does all sorts of videos about products review, singing reactions, tips, and tricks about clothes and life.

However, every now and then, she gets political and does not shy away from preaching about her conserve views. One of her first popular videos was ‘Why I Came Out As Conservative || Conservative women NEED a community!‘ She shares her entire experience of living in fear, especially as an art student, which tends to have a liberal spirit.

Since then, she had made videos promoting her beliefs and debating liberal views all the time, including the recently when she followed her brother to criticizing the Cardi B and Megan Thee Stallion song ‘WAP.’

She does not get afraid to even make videos disagreeing with the #BelieveAllWomen movement and another video whose title speaks for herself, which was; ‘If You Care About Women, Be PRO-LIFE || It’s time to fight for motherhood and our MOST vulnerable.‘

Is It Conservative Propaganda? Abigail Shapiro Roth’s Net Worth.

‘Medium’ wrote that Abby was subtly trying to push her conservative ideology upon others through the most popular media of modern times, kind of like propaganda.

We disagree a little with it as Abigail has been open about how she identifies politically and religiously since the beginning. Also, we can’t state that they’re propaganda when there is a right to free speech.

However, that does not mean we don’t think she does not push her viewers’ thinking. She might certainly have a great number of viewers who do not agree to her politically considering how some of her videos even gain over a million views while she has only about 65k followers. 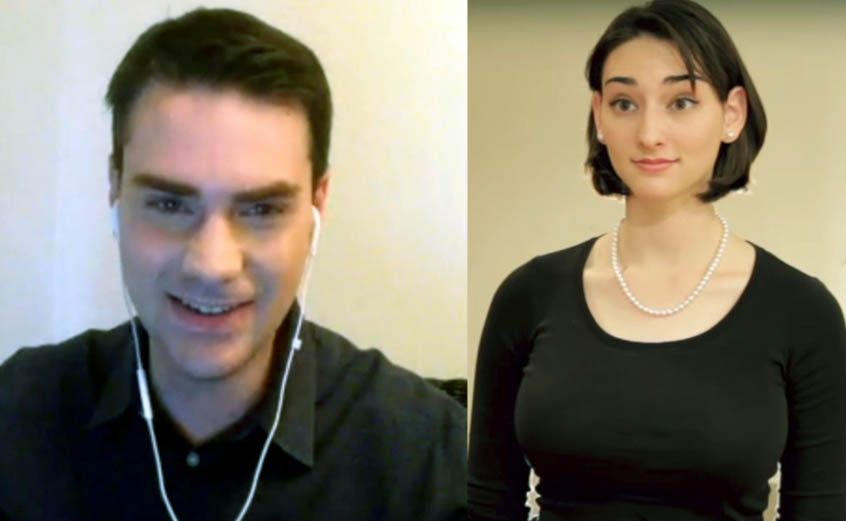 Furthermore, ‘medium’ makes another valid point that Abby’s Channel is growing pretty quickly, even with all the controversial videos.

Likewise, as we said initially, the amount of ads she was putting out does not calibrate with her small channel. It clarifies that it has outside funding, probably from her family and probably for political reasons.

Back when Medium reported this story a few months earlier in June, Classically Abby only had over 35k subscribers while now she has almost doubled it to 65k followers in September.

According to the Social blade, her YT channel, with a total number of views of over 7 million, has monthly earnings of $800 to $1300. It more or less adds up to her yearly salary of $10,000 to $155k. It is certainly a figure worthy of a massive net worth, which is still under review.

Meet Abigail Shapiro’s Husband, Jacob Roth; How Did They Get Married.

It must be clear now since we call her Abigail Roth instead of Abigail Shapiro that she is somebody’s wife. The man who was lucky enough to be her husband is Jacob Roth.

Jacob Roth is a lawyer by profession. He only graduated recently in May 2019 from the University of Virginia School of Law. Shortly after, he began working as an Associate Claims Counselfor Fidelity National Financial.

CONFESSION TIME: I feel super self-conscious wearing my glasses and out and about. 🤓 What's something that you feel self-conscious about?😳 I started wearing contacts when I was seven years old, so for me, wearing glasses out only happens when absolutely necessary. 🤷‍♀️ Unfortunately, the change of seasons has made my eyes so dry that I can only keep my contacts in for about two hours before I have to take them out! So expect to see me in glasses for a while as I figure out with my optometrist what the best solution is. But the good news is, I am going to make an effort to feel good about my appearance even when I'm wearing glasses. And I'll learn some new makeup tricks along the way! 💙 On another note, we had the best time at @sycamorefarms_ne at their #WinterWonderlandNE! I love this time of year and all the cheer around us. Visiting this winter wonderland totally reminded me of Bryant Park during the holiday season, and I loved it! • • • • • • #WinterWonderlandNE #glassesgirl #confidence #holidayseason #winterwonderland #youtuber #loosewaves #sopranolife #singing #styledaily #operasingersofinstagram #discoverunder5k #nebraska #omahablogger #beauty #instagood #picoftheday #instalike #photooftheday #instadaily #amazing #classicallyabby #bestoftheday #motd #fashionblogger #fashion #stylista #beautyblogger #operasinger #ootd #motd

Before that, he graduated from Northwestern University in 2016 and boasted years of working experience specializing in legal research and writing. On May 27, 2018, he married Abigail Shapiro after meeting her almost exactly one year earlier on May 28, 2017.

We need to cite the story of how they met, but some sources say that her brother, Ben Shapiro, was the one to introduce them.

Her husband Jacob Roth was born in March 11, 1990, which makes him 2.5 years older than his wife at 30 years old. Jacob Roth also comes from a Jewish family, so they got married under a traditional ceremony in Acre, Israel. Below is a photo she shared of their 1st anniversary in 2019. 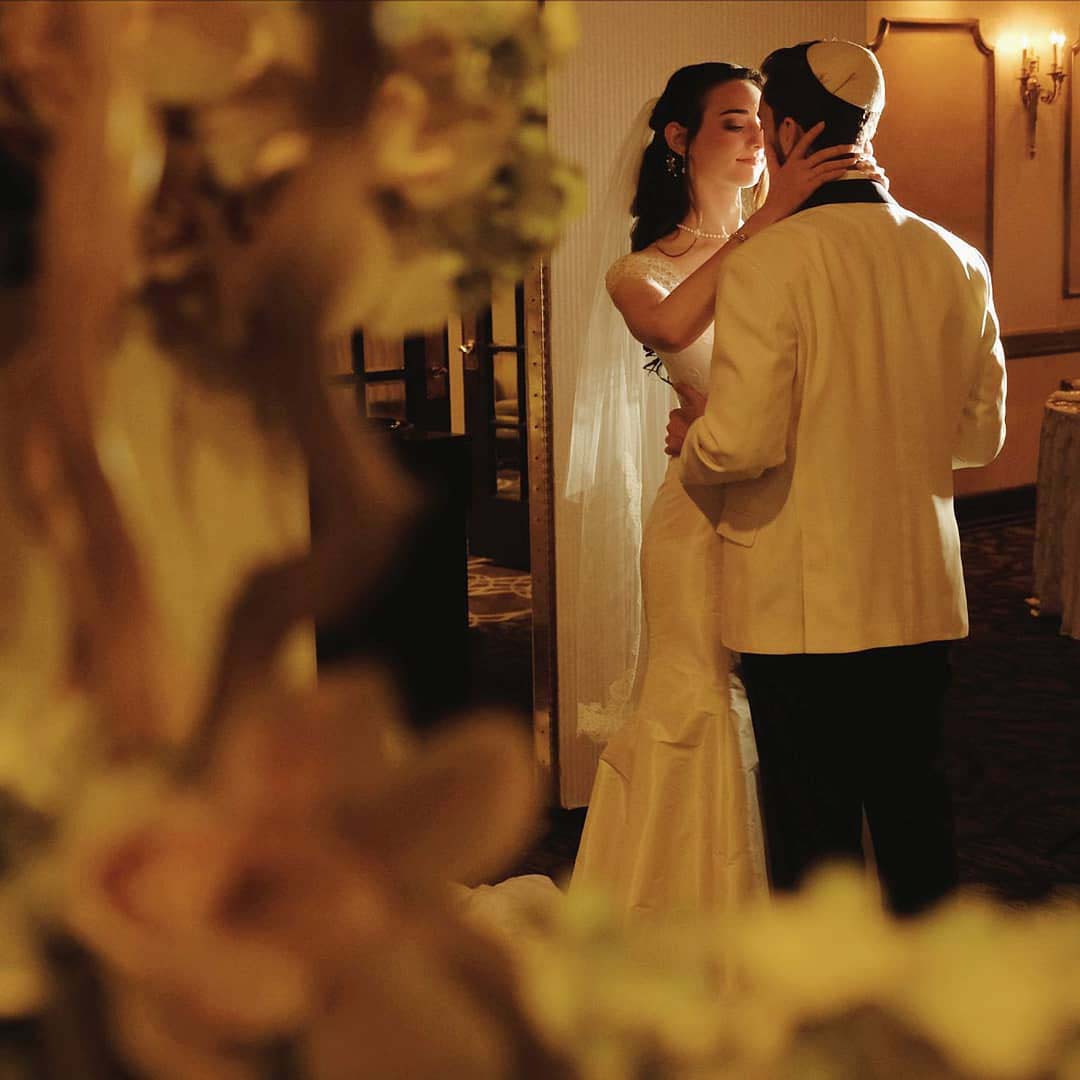 Abigail Shapiro and husband Jacob Roth have no plans for kids yet.

Their married life is pretty spontaneous, as we can clearly see in Abigail’s Instagram page. Even liberal people must agree that having a conservative wife is not too bad. Of course, we do not mean it in a demeaning way because Abigail Roth is not as sternly conservative and orthodox as you would think.

She believes in women’s empowerment and lives what she believes through her career, but she is learning to cook because it feels good to feed her husband even if it is a little hard.

Abigail seems to have a good relationship with her in-laws to as you can see from the picture below with Jacob and his parents.

Who loves when family comes to visit? 💙 Jacob's parents are in town and when I saw that @omahasymphony was putting on a Christmas Spectacular, I knew we had to go! I love the music and decorations at events like that, even though we celebrate Chanukah, and I am so glad we went. Have you attended any performances this holiday season? 🎄🕎🎶 • • • • • • #christmasspectacular #happyholidays #happyhanukkah #merrychristmas #familypicture #nebraska #youtuber #loosewaves #sopranolife #singing #styledaily #operasingersofinstagram #discoverunder5k #nebraska #omahablogger #beauty #instagood #picoftheday #instalike #photooftheday #instadaily #amazing #classicallyabby #bestoftheday #motd #fashionblogger #fashion #stylista #beautyblogger #operasinger #ootd #motd

Abigail Shapiro and husband Jacob do not have any children yet, but Abigail Roth wants to have a small family or at least her definition of a small family. To her, up to four kids is also a small family, so; you can expect her to birth multiple children in the near future.

Her husband is a reformed Jew but, along with his wife, aims to resort back to becoming orthodox. They moved from their old home in Virginia to Nebraska in July 2019 to happily live the rest of their married lives.