Is Catherine Bell Gay? Her Net Worth, Age, and Facts. 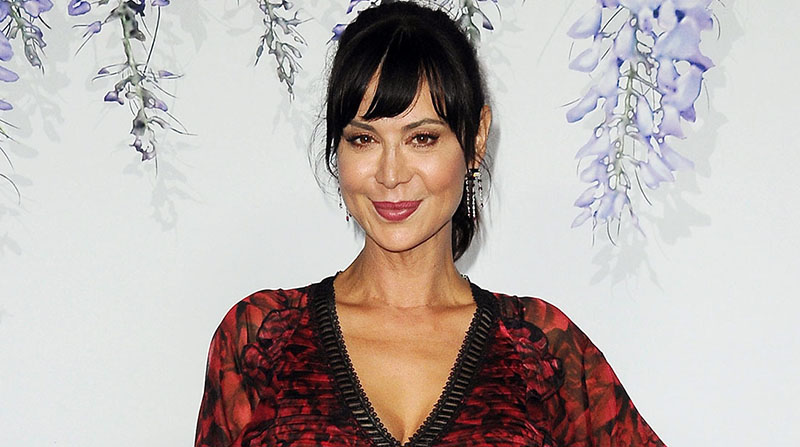 Catherine Bell is an actress who is an icon to many from the JAG series to ‘The Good Witch‘ fandom.

Bell is also famous for appearing in ‘The Good Witch‘ TV film, continuing her role in the six follow-up films as well as the 2015 series by the same name.

Along with playing her role as Cassie, since the second movie, Catherine Bell was also the executive producer for all of the franchise’s projects. All of this put together surely adds up to a substantial net worth for Catherine Bell.

If we gather her assets to calculate Catherine Bell’s net worth, we certainly can’t leave out her other business venture. She also designs and sells her Jewelry.

You can buy it in their official business site, ‘Catherine Jewelry.’ She has various Jewelry, especially necklaces, which range from $500 to almost $2000. It certainly adds to her net worth, which currently stands at $15 million.

Her house is where she invests a lot of her net worth. Previously, she and her former husband shared a 5,700-square-foot mini-mansion in Calabasas, California.

She currently lives in a 3,380-square-foot single-story ranch with her partner, Brooke Daniels, which they bought for $2.05 million.

Catherine’s first work experience came as a massage therapist for Peninsula Hotel in 8 years. Still, she was able to land her first role in the movie ‘Death Becomes Her‘ in 1992 but only as of the nude body double of Isabella Rosellini. She would have a unique role in Dolph Lundgren’s 1994 film ‘Men of War.’

She would then finally land a small role in JAG, back when NBC first ran it. It was canceled by NBC but picked up not even a year later by CBS.

Catherine Bell was able to land the iconic role of Sarah McKenzie in the series revival, a part she would carry until the series finale in 2005.

JAG was an essential project in Catherine Bell’s life, who was a struggling actor until that point.

I have such a special place in my heart for these characters…. and the show. Gonna share some history & fun facts that some of you may not know 😉 JAG was my first big “break” (after 8 years of very hard work in acting class, voice lessons, auditions… etc & “starving artist” mode!). I was literally ready to quit acting just days before I landed the role of “Mac”. Too many auditions I got “close” but not quite…. too many times having to borrow money from mom to pay the rent (THANKS MOM!) But somehow…. deep down I also knew it wasn’t time to give up! I knew that persistence and hard work/dedication DOES pay off and believing in ourselves and our dreams – and then doing the work to get there- was KEY 🌟 I surrounded myself with people who believed in me… encouraged and pushed me to dig my heels in and work even harder! After I guest starred on Season 1 of JAG on NBC, I fell in love with the show and cast & crew and Don Bellisario and I really hit it off. So when I heard @cbstv had picked up the show after NBC cancelled it, I wrote Don a note (and sent it snail mail! That was a lost art even back then!) And Don brought me in to audition for Mac. I worked HARD preparing for that audition … and for the next FIVE callbacks too (yes SIX total… ramping up to auditioning for Don & other Producer’s… then the studio … and finally the network in the theater at CBS studios WITH @djameselliott !! #nopressure 😜 But the whole time… I’d made a DECISION…. that this time I was doing it! I didn’t allow any doubt or worry or negativity enter in… just the DECISION that I was ready, and I loved this role so much that I wasn’t letting anything get in the way (one of the first times I’d done this BTW as I used to be shy and get nervous on those callbacks!!) I was ready for change and I just had so much affinity for the military… the courtroom… the planes and ships and all the toys… and the ACTION!!! And somehow…. it worked!! 🙏🏼🌟 And you guys liked me! And us!!! So thank you!! For watching! And for all the support all those years & still NOW! So blessed to be a part of it! Can’t wait for Sunday! And who knows… maybe more 😉❤️

She was almost going to quit acting when she was able to land the role of the Marine Corps lawyer. Bell had failed far too many auditions at this point and was not financially stable.

She even had to ask her mother for help for paying the rent a few times. However, she does not know if she would have quit, though, because she did love acting much.

Furthermore, Catherine was in love with JAG ever since her 3-line screen-time in season 1. So, no other than she was ecstatic that CBS would continue the series.

Since then, Bell went on to do many movies like ‘Black Thunder,’ ‘Bruce Almighty,’ and ‘The Do-Over.’ Similarly, her TV career grew even higher with the central role of Denise Sherwood in ‘Army Wives‘ from 2007 to 2013.

Catherine Bell met Adam Beason while working on the sets of the 1992 movie Death Becomes Her. She got married to the actor and production assistant Adam on May 8, 1994.

The couple bought their faux-Tuscan mini-mansion in 2010 in Calabasas but was separated by 2011. Their divorce would finalize two years later in 2013. 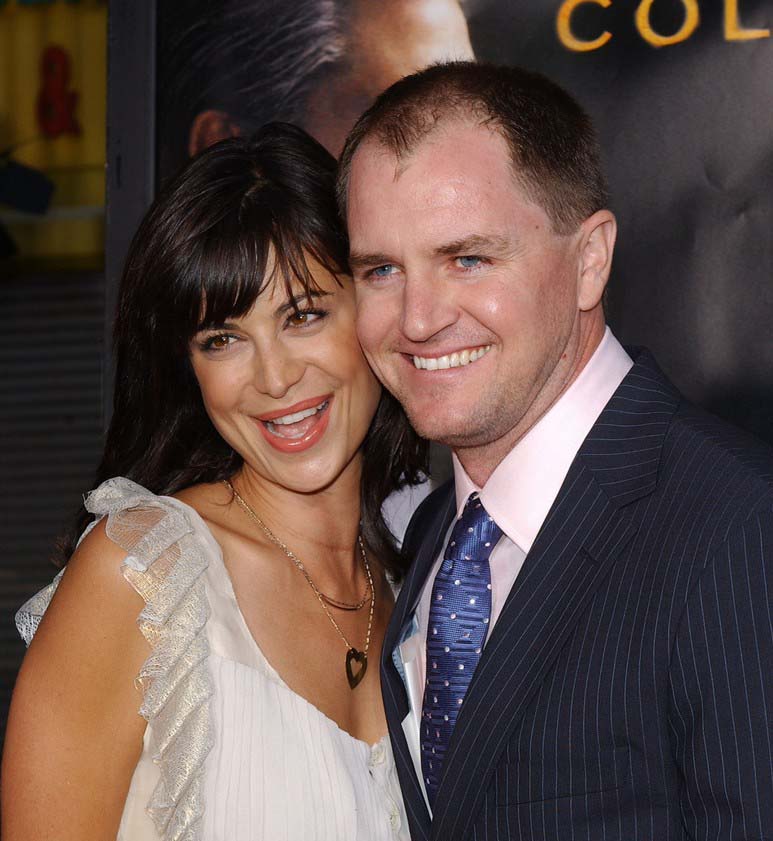 They have two children together who we don’t know much about. Their elder one is a daughter, Gemma Beason, who was born on April 16, 2003, and is 17 years old.

We don’t know much about Catherine Bell’s daughter Gemma, but the fact that she did have a terrifying medical scare regarding her heart. It is actually the inspiration behind her jewelry line.

They are shaped like hearts, and a part of the proceeds will go to ‘Miraglo Foundation,’ which provides healthcare to the needy, particularly a group of female cardiologists operating in rural India and other parts of the Middle East.

Her younger one is a son, Ronan Bell, born on August 21, 2010, in Charleston, South Carolina. All we know about Ronan is that when he was four years old, he saw his mother in ‘The Good Witch‘ movies and asked her if she was a witch in real or not. Ronan Bell is ten years old as of 2020.

Catherine Bell is a Lesbian Relationship with Brooke Daniells.

Catherine Bell began dating photographer Brooke Daniells since 2012. However, the couple wouldn’t confirm their relationship until around a year after the rumors started in 2012.

Even now, they hardly talk about their relationship or display their affections publicly. We have very few pictures of them in public events despite them not being just life partner s but business partners as well. 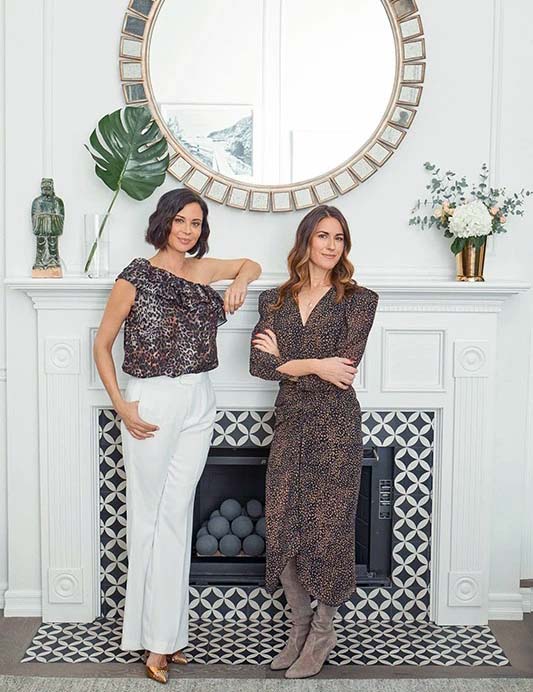 She was born on July 30, 1986, which makes her almost 18 years younger than her actress girlfriend. Like her partner, Brooke Daniells was also married to a man in the past and had two children from that relationship; Dane and Chapel. 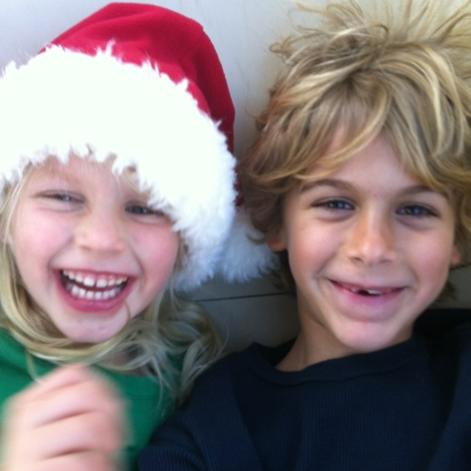 How Old is Catherine Bell?

Catherine Bell’s birthplace was in London, England, on the day of August 14, 1968, which makes her 52 years old right now. She shares her birthday with Halle Barry, who is two years older than her. She made sure to wish her slightly older celebrity friend on their mutual birthday.

Look up into any good-looking celebrities, and you will find articles suspecting about their plastic surgery. There are similar articles that report changes in Catherine Bell’s past and present photos.

The reports suggest the actress has done surgery on her nose and eyes to look more beautiful. However, we doubt drastic measures like plastic surgeries are to blame for her beauty.

One proof of the fact that Catherine loves being a mom is the tattoo she has on her body about their kids. In an interview when Bell was asked what is it like being a mom, she said,

“I love being a mom more than anything! It’s absolutely the best ‘job’ I’ve ever had. I have a tattoo of each of kid’s name. Gemma is in Persian on my left wrist and Ronan on my right inner forearm in an ancient Celtic alphabet called Ogham.”

Other than those, she also has another tattoo on her shoulder.

Another visible tattoo of Catherine Bell is the one on the left waist, which is a quote by JRR Tolkien.

“You can only come to the morning through the shadows”