Jamie Vernon Net Worth: Biography and Facts about Jamie from JRE 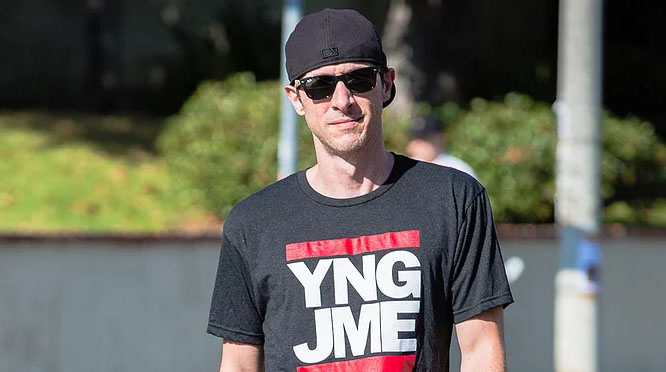 Joe Rogan is probably one of the most versatile celebrities we know. He was the man who first came to the scene as a stand-up comedian but somehow became a color commentator for the UFC. However, today we are not talking about him. We are talking about his recent successful business venture that is his podcast channel, ‘The Joe Rogan Experience,’ and more importantly, we are talking about the man behind the production of his successful podcast, Jamie Vernon.

Many people recognize Jamie Vernon as he frequently appears and interacts on the podcast as Young Jamie. However, except for a few minutes of the interview, we really don’t know much about him. It is time to see who Jamie Vernon is and his net worth and bio.

Who is Jamie Vernon?

Jamie Vernon is the man behind ‘The Joe Rogan Experience podcast. He portrays the project’s many production roles but is primarily the podcast’s sole producer and audio engineer. He is also Joe Rogan’s photographer even out of the podcast, and we find him doing most of the research on the topics up for discussion in The JRE.

Jamie Vernon is a 38-year-old artist and producer for Joe Rogan. Vernon was born on January 5, 1983, which we know because he loves to give a big celebration bash for his birthday so, it was pretty easy to deduce his birthdate.

His Relationship to Joe Rogan.

It is clear that Joe Rogan and Jamie Vernon share a very close relationship. Jamie Vernon began to hold the fort for Rogan’s podcast, The JRE, only since 2013. He was taking over for Brian Redban, the original producer for the digital audio platform from its inception in 2009 to 2013. Now, Joe Rogan has a bit of a green thumb in any business venture he does so; he will not have put Vernon in that position if he didn’t trust and believe him.

Jamie and Joe Rogan are also great friends because even if they met just after Jamie got the job in 2013, they are already nearing the 7 years mark in their relationship. Jamie, who goes by the name Young Jamie in the podcast, also interacts in the podcast, mostly to research certain materials but sometimes is there to give out a full interview as if he was a celebrity guest himself.

How Much Does Jamie Vernon Earn?

Jamie Vernon’s net worth is a tricky one to estimate. There are just a lot of variables that we have to consider. First of all, Jamie Vernon is the sole producer of The JRE podcast, which got a $100 million deal from Spotify earlier this year for a multi-year license deal. It is no surprise, considering how it was 2015’s most popular free podcast. So, we can in no way underestimate Jamie Vernon’s net worth.

As of 2021, JRE is still one of Spotify’s most downloaded podcasts, with as much as 190 million downloads per month. Experts speculate that the podcast alone brings in $30 million of earnings a year. On top of that, his podcast is equally a trending channel on YouTube, where it has over 9.55 million subscribers and over 2.6 billion views in total.

The podcast easily makes an income of over $30k to $400k a month with that sum. He also has a sister YT channel, JRE Clips, which has relatively less than 5.2 million subscribers but at the same time has a total of 3.4 billion views, which perhaps collects a larger paycheck for Joe Rogan than the main channel of a minimum of $35k a month. It is no wonder how Joe Rogan’s net worth equals over $100 million.

Jamie Vernon’s Net Worth & Salary; Is it Bigger than He Deserves?

Online trolls also often drag him out for earning so much money by simply googling things for Joe Rogan. However, we completely disagree that it takes at least some effort to be a podcast producer. He must also be a good guy from the inside for Rogan to like him so much. Even we are jealous because not only does he have a high-earning job, but being buddies with Joe Rogan must mean he can get tickets to any sports event and music concert.

Jamie Vernon is a Gamer.

Jamie Vernon is also a gamer who we will say is just now getting into the gaming scene. He only has over 20k subscribers and 60k views, but as we said, he is just breaking out in the scene. He recently competed in the Golden Chicken PUBG tournament, and his partner was the UFC champion, Demetrious Johnson. It will be the 38-year-old’s first tournament in a while after he gave up the trend in the 90s.

PUBG is one of Jamie Vernon’s favorite games. He is particularly fond of the way sound works in the game, being an audio engineer himself. He also plays a lot of Call of Duty: Warzone, among others, and plays either with or against gamers like Mighty Mouse as well as other celebrities like YouTuber Jenna Marbles. As a child, Vernon always enjoyed games in his Nintendo and Super Nintendo but is only reconnecting with modern computer games for a while now.

A reason why we gave Jamie Vernon a slightly larger salary and net worth than other sources is because he has other ventures outside of the podcast. We already went over his gaming career, but he also has an online shop where he puts his local celebrity stardom to good use. You can go to his website and buy several of his merchandise, mostly hoodies, and t-shirts in different creative designs.

Jamie Vernon has his Online Shop.

They are either relative to the podcast with “Powerful” written across it or “Pull that shit/ Pull that shit up,” which has become a catchphrase that Joe Rogan keeps telling Jamie whenever he wants to check about something.

In response, Vernon also has a t-shirt reading “I’ve looked into it,” which is his response to every time Rogan asks him to check it. The t-shirts all cost $30 whereas the hoodies cost $55. Seeing how the products sell out quite a lot, he makes a decent wage from the source.