Looking at how the world revolves around money, we can’t blame people for trying to make large sums of money through immoral and criminal methods. We say this because the personality we are about to talk about is Jordan Belfort, a former convict of fraud but exceptionally smart about dealing with finances that made his quiet reach before he was in prison.

Jordan Belfort Net Worth is -$100 Million. Here is the breakdown.

Jordan Belfort’s Early Start to His Net Worth.

Jordan Belfort always had a big-money mindset. He and his childhood friend, Elliot Loewenstern, were able to make a total of $20,000 by serving Italian Ice out of Styrofoam coolers on a hot day at their local beach right out of high school.

After graduating from American University with a degree in biology, Belfort thought of using some of that money to pay for his dental school.

He did join the University of Maryland of Dentistry for that purpose. However, the first day, the University’s dean told him that dentistry’s golden age is already over and a wrong profession for people who want to make money.

So, Jordan quit and became a door-to-door salesman of meat and seafood. He was able to develop a great business supplying over 5,000 pounds of meat through over 1000 employees.

However, somehow his business would also go into bankruptcy. He began working in the L.F. Rothschild, but that would also end when the entire company was brought down with the 1987 Black Monday stock market crash.

However, he would keep working in the stock market until founding Stratton Securities and its infamous franchise, Stratton Oakmont.

Over the course of his time with the company, it would employ over 1000 people and many of whom would be part of what was called ‘The Boiler Room.’

There, Jordan Belfort and his colleagues and employees would use the ‘pump and dump’ sale of penny stocks. By the time Belfort was behind bars, he had defrauded over $200 million from investors.

There was a time when Jordan Belfort was one of the richest men in America or at least one of the most successful.

He proclaims that at his highest point, he was earning over $50 million a year. According to him, he was also able to obtain a total of $1.5 billion for his company while investing in over 30 million-dollar companies.

During that time, Jordan Belfort’s net worth may quickly be in the billions, but currently, he is under restitution to pay all the money he wrongfully took from his scam investments.

He might as well be bankrupt since Jordan Belfort’s net worth at the last time of our checking in 2013 was in the negative amount of -$100 million.

You can count a man once worth millions and billions of dollars to live a lavish lifestyle. If you know Belfort from his autobiographical movie from the same name, you may remember the lavish mansion where Leonardo DiCaprioportraying, lives. Well, the estate was Belfort’s own 8,706 square-foot Old Brookville house in Long Island, New York.

The mansion was worth $3.9 million but sold in 2001 by the U.S. government for $3.4 million to cover his criminal losses. Similarly, other iconic assets in the movie were the cars and the Yacht.

Belfort, in real life, also owned the white Lamborghini Countach that Leonardo drives and crashes in the film. However, his more favorite car was a Ferrari Testarossa. 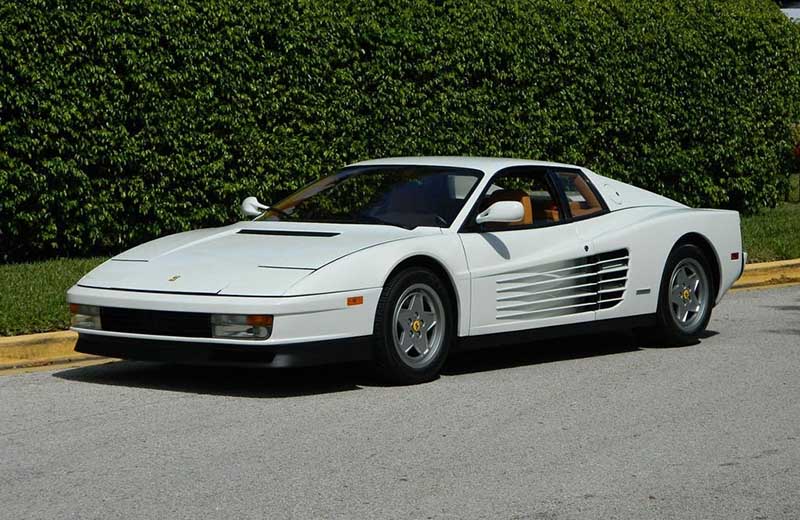 Jordan Belfort’s car and, The Wolf of Wall Street Lamborghini

Speaking of his Yacht, it was exotic because it was expensive and because of its historical origins. It was a 147-foot yacht initially built for Coco Chanel in 1961.

Jordan bought the $12 million Yacht and gave it the name of his second wife, Nadine Caridi, in 1996. The boat, unfortunately, sank in the Mediterranean sea, off the coast of Sardinia, after Jordan went against the Captain’s orders to take the ship into high winds.

Jordan Belfort as ‘The Wolf of Wall Street’: Books & Movie.

We already gave you a mild explanation of Jordan Belfort’s net worth but have yet to attribute it to his books and movie.

The book became quite popular and caught the attention of filmmakers. Therefore, Martin Scorsese will direct the movie adaptation of the writing with Leonardo DiCaprio and Jonah Hill, and Margot Robbie in 2013.

The movie made almost $400 million in the box office. While Belfort claimed to pay, all the royalties he made from the film would go to his restitution.

The U.S. Securities and Exchange Commission was already aware of Jordan and his Stratton Oakmont’s wrongdoings in 1992.

In 1994, they busted him and put a lifelong ban on working in the securities business. Furthermore, the National Association of Securities Dealers ejected the company from its association and liquidated its assets.

It wouldn’t be until 2003 that Jordan Belfort would finally face an arrest. He would cooperate with the court to deconstruct his schemes and accomplices and, in return, get a lighter sentence.

It the end, he was sentenced to 4 years in prison, of which he only served 22 months. Jordan Belfort still has considerable restitution to pay for his crimes of around $110 million.

After paying different amounts per annum, which would only constitute 50% of his salary, Belfort last struck a deal to pay only $10,000 per month until he reaches the full restitution amount.

What is Jordan Belfort Doing Now?

Jordan Belfort is still living a luxurious lifestyle and running a successful career after prison. He is also a coach, trainer, and motivational speaker by profession.

Jordan Belfort seems to be doing well as despite having a net worth in the negative figure and being technically bankrupt, he still lives a lavish life.

Insider Edition learned that he still has multiple residence places, including an ocean-facing comfy house in California and a 5-bedroom Lake Tahoe mansion that he rents out eventually.

He is also engaged and married to Anne Koppe, which makes us question if there was justice in Belfort’s case.