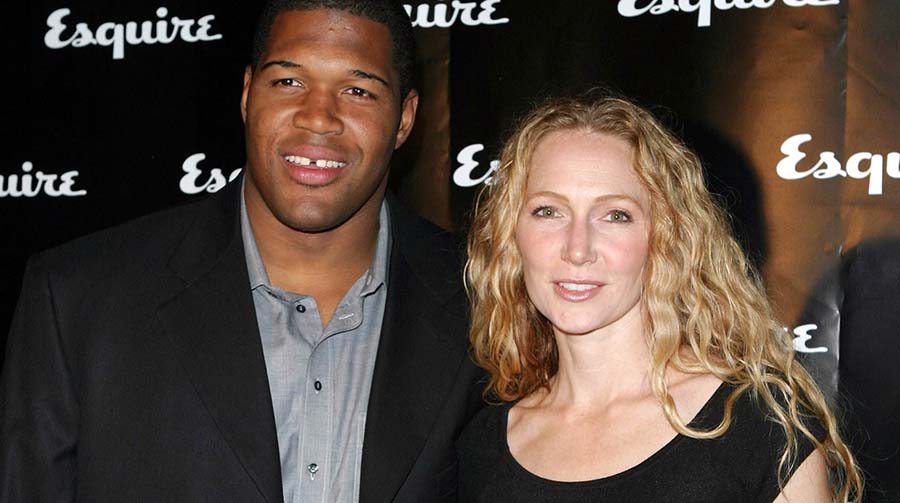 One celebrity marriage with a messy divorce and custody battle is between Michael Strahan and his second wife, Jean Muggli. As the couple recently once again reignited their bitter custody battle, it may be a good time to look back at their married life and divorce once more. What was the reason for their Divorce? Learn in her complete Marriage history and her children with Michael Strahan.

Michael Strahan is nothing short of a symbol of loyalty. Throughout his 15 years of NFL career, he only was part of one organization, the ‘New York Giants.’

So, what could be the reason for the divorce of such a loyal man with his former wife, Jean Muggli? Well, to know that we will have to go all the way forward in time to learn about his marriage, won’t we?

Michael Strahan met Jean Muggli for the first time in the late 1990s when he was rising to fame as an NFL player. He wasn’t the fast-talking confident TV show host that we know as today back then. Instead, he was pretty shy, especially when talking to girls, a feature his ex-wife remembers very well about him at their first meeting.

They met at a skin-care spa and salon where Jean Muggli worked. He was attracted to her from the beginning but could not find the courage to confess his love.

So, for a whole month, he came into the spa to meet her. The fact that he may be doing this to ask her out did cross her mind, but she also thought he had a thing about cleanliness and hygiene.

Luckily, it was the first school of thought, and Michael was finally able to ask her on a date even if it took him a month full of spa days. After dating for over a couple of years, Michael Strahan and Jean Muggli were married in 1999.

They gave birth to fraternal twin daughters, Isabella and Sophia, in late October 2004. Anyone would’ve sworn until then that couple was Hollywood’s finest, but the next year, the power couple would come crumbling down. 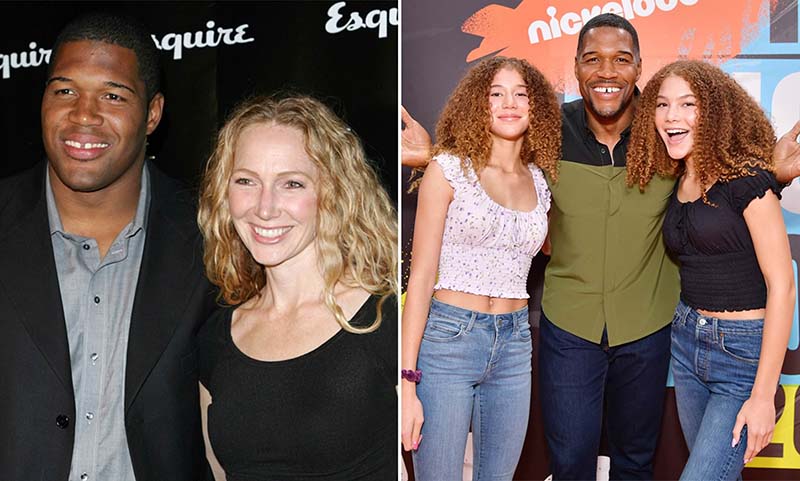 Michael Strahan and Jean Muggli are parents to twin daughters.

In March of 2005, breaking news came out that Jean Muggli called the police on her husband, Michael Strahan, for threatening her with physical abuse.

Later, the case will reach the courts, where Jean explained the abuse she had to go through in marriage to the New York Giants defensive end.

She said that her husband punched her and even produced some pictures of bruises on her body from the past abuses she had to face as evidence. 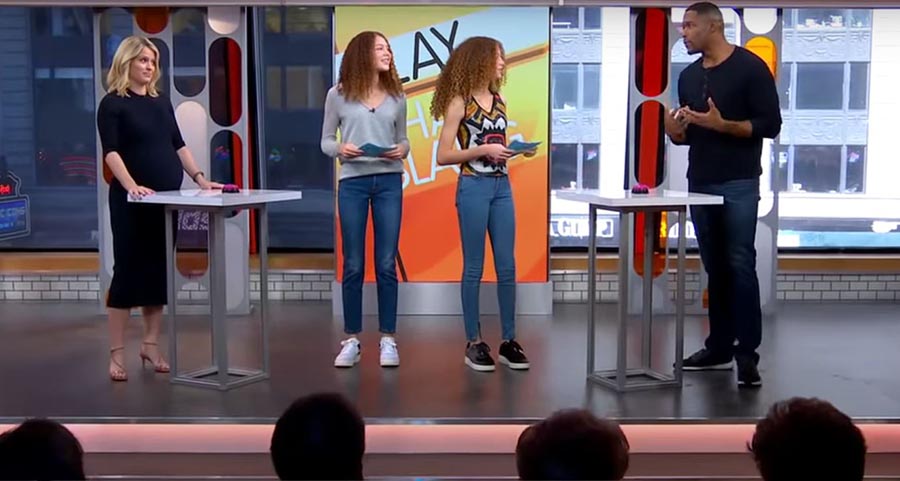 Also, she claimed that one abusive episode she sustained in her kidneys even left her vomiting blood for several days. Furthermore, she blamed her husband for their marriage’s failure because he did not show any interest in her as his wife. She went as far as to accuse her husband of filming her sister undressing back in 1997.

In response, Michael Strahan brought his own counter-accusations for his wife, primarily about her extreme expenditure on his finances. Allegedly, she withdrew $3.3 million from his bank account and then filed for divorce as soon as he began questioning her about the money.

His accusations were that his then-wife was being too reckless with their money and spending $1,700 on sign language classes for their daughter, neither of whom has any hearing impairment. The court accepted their divorce in 2006 but did not concur with Michael Strahan’s domestic abuse charges.

It is preferential in family courts for mothers to gain custody of their children, and thus, Jean won the custody of her children while Michael was only given visitation rights.

On top of losing his children’s custody, Michael Strahan also suffered a major financial loss of more than $15.3 million to his wife, excluding the monthly $18,000 he was to pay her as child support.

Furthermore, he sold his Montclair, New Jersey Mansion for $3.6 million and split the money with his wife instead of opting to battle it out legally.

After years of settlement of their divorce and custody battle, war broke out between the ex-spouses once again earlier this year in March 2020. It was Jean Muggli who was the first to fire the shot once again. Once again, she went to court, accusing Strahan of missing out on thousands of dollars of child support.

She was pushing for her ex-husband to pay her back the child support and increase his child support to the sum of around the initial amount of $18,378.

This move did not get many positive responses from the public, with people mostly criticizing it for being her greediness acting up because her daughters are currently 17 years old, and time is running out for her to receive her husband’s spousal support money.

However, his husband also used this opportunity to redeem his children’s custody and had accusations of his own. According to him, his ex-wife, Jean Muggli, was physically and emotionally abusive towards their twins. According to him, she was not taking the girls to the therapy sessions, volleyball, or equestrian practice where most of his child support money went.

Furthermore, he claims that she is extremely uncooperative and illogical towards his visitation rights. Even his rightful visits to his daughters feel like a battle, which is specifically why he brought in a Parenting Co-coordinator to de-escalate his visits.

Despite wanting to pay for 90% of PC’s wage, the PC’s recommendation was to share the bill half-half. Jean has denied doing so, along with denying to establish a fixed schedule for Strahan’s visits.

Michael Strahan brought the whole dysfunctional relationship to light and claims of years of abusive behavior towards his daughters from their mother. He aims to apply for primary custody of his daughters through this as well.

Michael Strahan and his Ex-wife Jean Muggli’s Life was Doomed from the Start.

While we thought that at least Michael Strahan and Jean Muggli had 7 peaceful years of marital bliss, after their custody battle was reignited the second time, new details emerged about their married life. Apparently, their love life was shaky from the start. A neighbor exclusively spoke of his witness to the couple’s “contentious relationship.”

“They would have loud fights,” the neighbor spoke in great details once recounting a time, Jean went so far as to throw away and sell Michael’s stuff, including a lot of his valuable sports paraphernalia,

“that weekend, she threw his stuff outside and put up a ‘yard sale’ sign. There were his personal football stuff and personal effects.”

He later also presented his own upset, saying, “I was sorry later on that I did not buy something.”

Michael Strahan’s fraternal twin daughters’ names are Isabella and Sophie Strahan. They currently live with their mother in North Carolina as she has their full custody. However, their father makes as much time and opportunities as he can to visit them. He celebrated the teens’ 13th birthday in 2017.

Similarly, he also was able to get his daughters to accompany him in big events for kids like the 2018 Nickelodeon Kids’ Choice Awards and 2019 Kids’ Sports Choice Awards.

It is clear that despite an ugly and bitter divorce and custody battles, both parents still try to shield their children from all the drama. Michael and Jean Muggli can respect each other’s importance in Isabella and Sophie’s lives and do not impose them against each other. 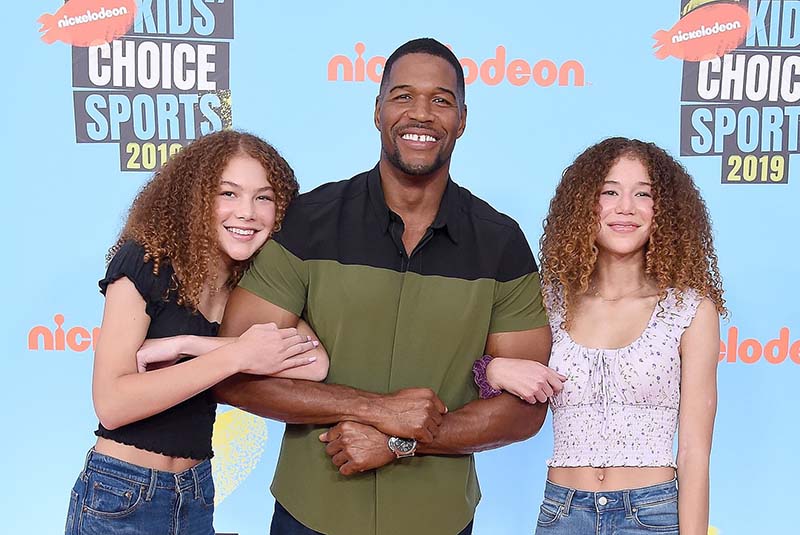 Michael Strahan with daughters Isabella and Sophie at the Kids Choice Sports Award 2019.

Strahan also shares that the twins are very close to his other children. Strahan has two more children from his previous marriage with Wanda Hutchins from 1992 to 1996.

Their two children are daughter, Tanita Strahan, and son, Michael Anthony Strahan Jr. Michael Strahan says that his children from his first marriage are as close real siblings.

He said to People once about how close all his kids are. He further shared pictures with all four of his children on Valentine’s Day, saying they will always be his Valentine’s.

My #valentines today and every day! #lovemykids

What is Jean Muggli Doing Now?

Jean Muggli still uses her ex-husband’s name, so her full name is Jean Muggli Strahan. She kind of fell out of the public eye after her divorce, and the only time she appears in the media is during the divorce and custody battle with her husband. She lives a quiet and tranquil life in Wilmington, North Carolina, with her daughters, Isabella and Sophie. 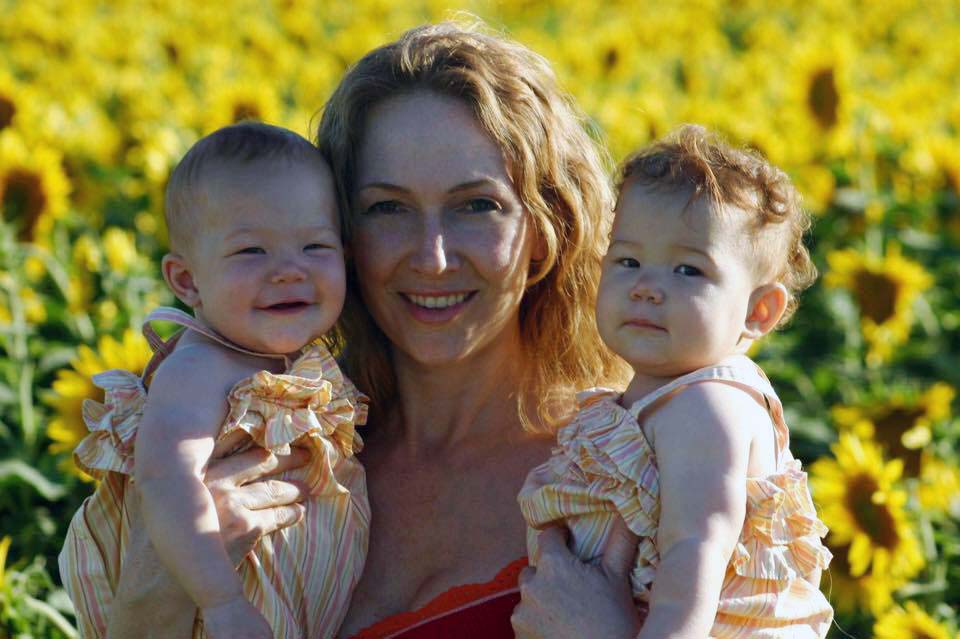 Jean Muggli with her daughters when they were very young.

According to her Facebook profile, she currently works as the President and Domestic Engineer of Strahan Family Inc. She also manages diverse job roles and positions, which are;

She is originally from Carson, North Dakota, where she was born on November 3, 1965. Jean is a graduate of Minnesota State University Moorhead. She is not very active on Facebook, but she will eventually post pictures of her daughters, particularly during their equestrian training.

It’s fascinating to watch the sport where it’s so much preparation, then the ride for a couple minutes, and then lots of…

Jean Muggli also loves animals dearly and particularly dogs. She is the owner of three rescue dogs, Anna, Louise, and Grace, whom she rescued in terrible conditions, slowly nursing them back to health.