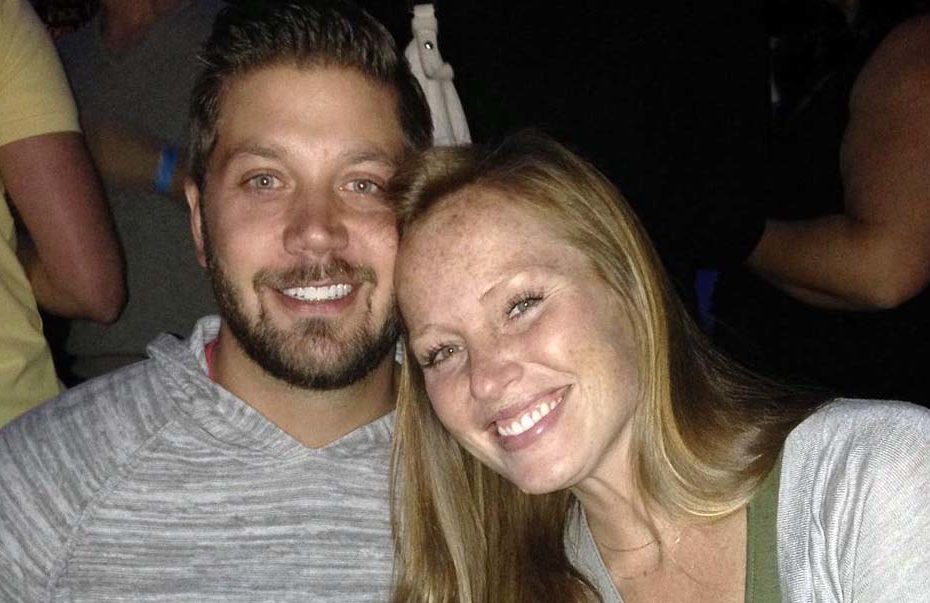 Two Chicks and a Hammer, Inc sounds like the name of a women-only dominated firm. In the real sense, it’s a home renovation business in Indianapolis founded by Mina Starsiak and her mother, Karen Laine. Their business’s success would later make the premise of HGTV’s Good Bones in 2016 up to date. Since then, we’ve walked a mile in the family’s shoes, witnessing the birth of their newborn son, Jack, and saying goodbye to others. That said, here’s the untold story of Mina Starsiak’s net worth, age, and husband, Steve Hawk’s Wikipedia bio.

What does Mina Starsiak’s husband Steve Hawk Do?

In her show, Steve Hawk doesn’t get a lot of screen time alongside Mina Starsiak, Good Bones. However, he makes many appearances on her social media accounts that people often wonder what his deal is. More specifically, what is Steve Hawk’s job?

While he certainly doesn’t have a Wikipedia page, Mina Starsiak’s husband does give off tiny bits and pieces about his life on social media. For starters, Steve Hawk celebrates his birth date each year on November 3rd, as seen through an Instagram post by his wife. Similarly, while his age and early life remain a mystery as of now, Steve Hawk’s occupation clearly isn’t.

Going back to the beginning. This man is my rock…. my love, my best friend. I cant imagine life without him. And I don’t want too. My wish for you all… at least a fraction of the love I feel from him each day. Happy Birthday Boo 💙

When he’s not busy helping on the set of Good Bones, Mina Starsiak’s husband Steve Hawk works as an account executive with the CoStar Group.

During his spare time, the now-father of two competes at different food eating competitions. For starters, he holds the record for eating 12 bundts in under three and a half minutes. Similarly, Steve also took the title of champion at the St Elmo Shrimp eating competition.

Even though Steve Hawk’s occupation makes him seem like he can conquer the world, he has been through a rough patch by losing most of his family.

If that wasn’t enough, this year, the father of two also lost his sister, Stefanie Hawk, on March 26th. Her death was rather unexpected since she was young and vibrant.

Sally cherished dogs and dedicated most of her life to providing shelter to homeless dogs. She was survived by Steve’s other brother, Chris Hawk, who is currently married to Alicia Cardone.

They both reside in McCordsville, Indiana, as he tries to make ends meet at Guidon Designs.

On June 11th, Mina Starsiak Hawk let us in on a heart-warming post commemorating their fourth anniversary. The couple met through Facebook, back before Mina became a hit-television sensation and went out on their first date with a group of friends.

At first, Steve Hawk made a terrible impression by letting his friend hit on her. She would later give him another shot where he redeemed himself in plenty.

This first picture is from the first month we started dating and says it all. You make me laugh every day Boo ::::::::::: We’ve done some pretty incredible things so far; amazing trips, the best engagement EVER, concerts, sporting events, getting married and by far the best….. making Jack and our soon to be nugget Charlie 💙 ::::::::: We’ve also gone through some of the hardest times, some that a lot of people might not have come out of. But we have, stronger and closer than before. ::::::: You keep me on my toes. You test me on the regular. You love me unconditionally (even though I don’t close the cabinets or turn the lights off). You are the most amazing dad. And…. you still make me laugh every day. I love you boo 💙💙 :::::::: Happy Anniversary! To so many more!!!!

In 2015, Mina Starsiak’s husband Steve turned the tides by asking for her hand in marriage after making her course through an elaborate scavenger hunt. The HGTV star would later adopt the name Hawk through their marriage on June 11th, 2016. It wasn’t easy at first, but they somehow managed to overcome most of the marriage hurdles. Some of these included her difficulty in trying to conceive.

It was only through In Vitro Fertilization (IVF) and Intrauterine Insemination (IUI) that they conceived their firstborn son, Jack. The couple is now expecting another child come September whom they plan to name Charlie Drew in honor of her husband’s late best friend.

Many a time, Mina Starsiak and her mother Karen Laine try to shed light on their extended family tree, but not everyone gets it first.

We already knew about her brother, Tad Starsiak, who has made several appearances on the show. However, did you know that the HGTV star has had a younger sister all along?

Recently, through a post on Instagram, the soon to be the mother of two wished her sister a happy birthday as she turned age 27.

She goes by the name Kelsy Gray and spends most of her time traveling the world. Like her late sister-in-law, Kelsy is also an avid, dog lover as seen through her numerous puppy posts. 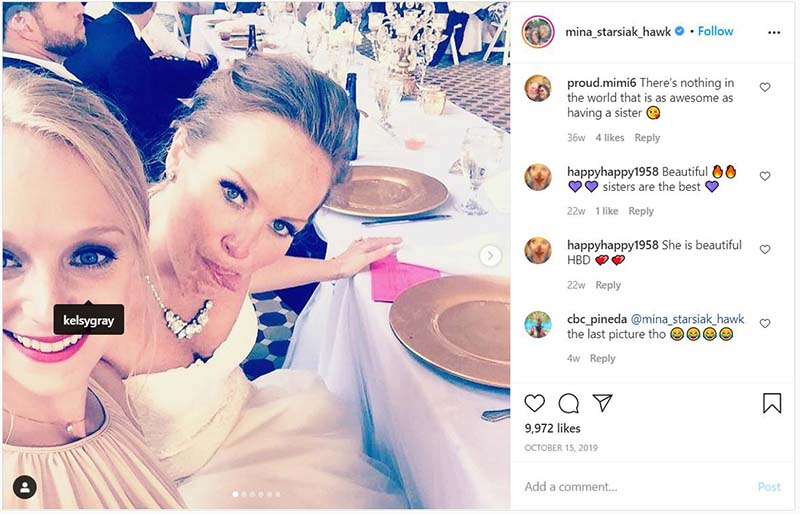 Mina Starsiak’s post wishing her sister, Kelsy on her birthday.

Since the inception of their business, Two Chicks and a Hammer, the mother daughter-duo, have seen a tremendous increase in their wealth and status pro quo.

There have been many authoritative sources that claim to have an inclination as to what Mina Starsiak’s net worth truly is. Most linger on estimated figures of between $350K to $500K.

However, judging from her career in home renovation and flipping houses, Mina Starsiak’s net worth should amount to approximately $1 million.

Even when her mother and co-star Karen Laine took a step back from the show, her net worth is still on the rise. According to Multichannel News, season five of Good Bones is said to be one of the highest-rated programs on HGTV. In other words, it is highly likely that Mina Starsiak’s reported salary of $65,000 per episode could rise even higher with the coming season.

Apart from TV shows and Two Chicks and a Hammer, Mina Starsiak Hawk also runs an online retail shop name Two Chicks District Co. which also has a physical store located in the south side of downtown Indianapolis.

This new business venture has been a life long dream of hers. The store sells house decors, furniture to small giveaway products. 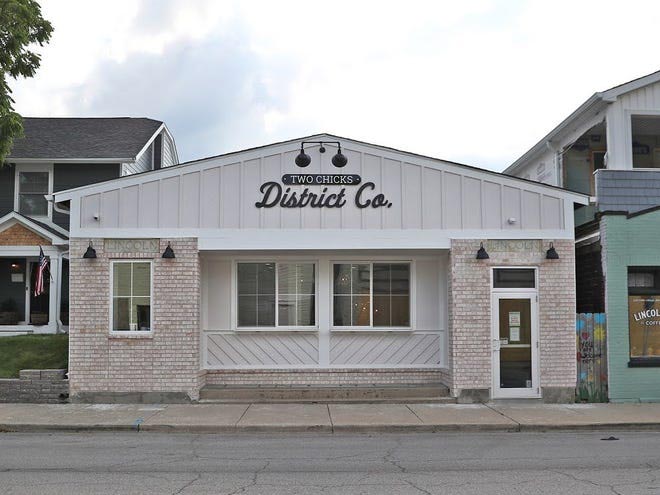 How Mina manages a successful career and motherhood.

For Mina Starsiak Hawk, being a mother also means making ends meet for her upcoming family. It isn’t an easy job since she doesn’t like staying away from her boys.

The HGTV star travels a lot while procuring new deals in homes for renovation. In one Instagram post, she got candid and emotional for missing out on spending time with her son.

“I’ve been away since Saturday and still have two more days away. I miss my boys more than anything. Work-life balance is crazy hard for everyone, and my life feels like crazy on steroids…So to all you moms and dad out there doing the hustle… cudos. It’s not easy. That’s all.”

I’ve been away from home since Saturday and still have 2 more days away. I miss my boys more than anything. Work life balance is crazy hard for everyone, and my life feels like crazy on steroids. This video my hubby sent me literally brought my ice cold heart to tears 😢 ——- When I’m home I’m THERE but I’m away a good amount and can’t help but feel the guilt. I don’t think there’s any easy hidden answer to how to do it all….. but I’m doing the best I can. ——- So to all you moms and dad out there doing the hustle… cudos. It’s not easy. That’s all.

Mina Starsiak Hawk cherishes her family more than anything in this world. As a result, they arrange to meet up with the extended family at her dad’s place for the holidays. It’s never easy considering the different work lifestyles that they have.

However, they try their level best to snap a photo next to their giant Christmas tree and send it to everyone who couldn’t make it. 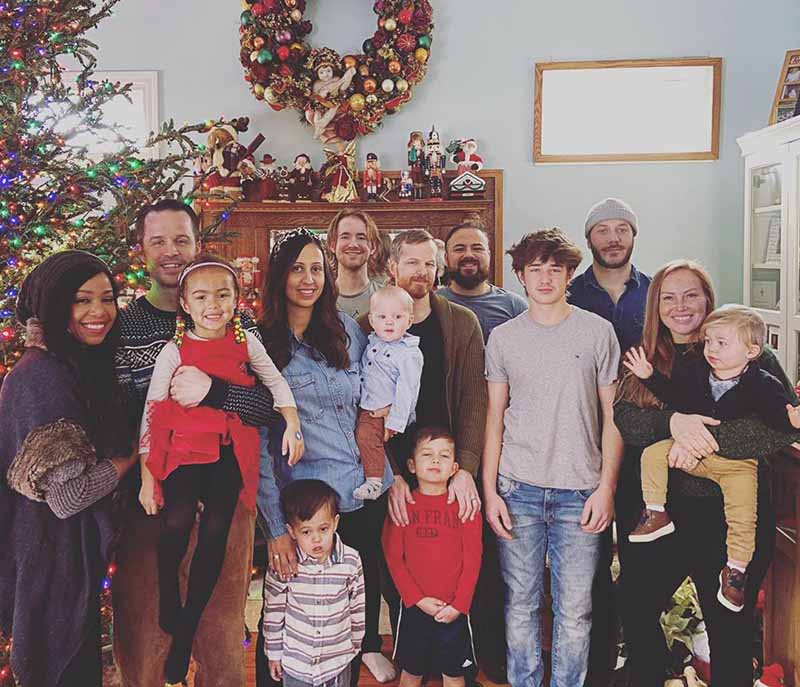