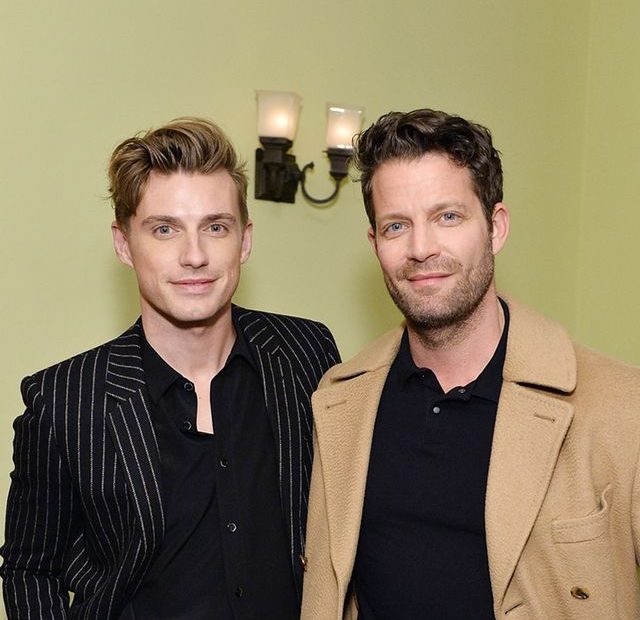 An interior designer’s job is summed up by painting a beautiful picture of an indoor space off the top of their head. However, for interior designers Nate Berkus and Jeremiah Brent, we not only get home decor-inspired themes but also their beautiful and touching love story.

As their pair march even stronger with six years locked onto their marriage, we thought it wise to inform you of their combined net worth. Here’s Nate Berkus and Jeremiah Brent’s love life summed up. Also, find out if they have any kids.

The story of how Nate Berkus and Jeremiah Brent came into each other’s lives is both sad and sweet. For starters, someone had to die horribly to pave the way for their love to be born. In not any way trying to sound grim, we’re talking about Nate’s former lover and photographer, Fernando Bengoechea. He presumably died back in 2004 after the Indian Ocean Tsunami hit the lovers while vacationing at a beachfront in Sri Lanka.

Several decades later, Nate Berkus became acquainted with his partner while he appeared as a guest on The Oprah Winfrey Show. At the time, Jeremiah worked as an interior designer for Oprah as well as other acting roles. It was after he branched out as a styling associate for Rachael Zoe that he reunited with Nate at a mutual friend’s party.

Shortly after, they went out antique hunting in New York, which marked their first date. The love ensemble then grew, marking their courtship for one year. By April 2013, the pair became engaged and went on to exchange their vows on May 4th, 2014, as overseen by Sheri Salata in Manhattan. They left for their honeymoon on the Caribbean Island of Anguilla shortly after.

Nate Berkus and Jeremiah Brent’s love knows no bounds. One year into their marriage, Jeremiah and Nate decided it was time they expanded their family. Both interior designers decided on surrogacy and had their first daughter, born on March 23rd, 2015. They named her Poppy Brent-Berkus after themselves. Three years down the line, they decided on getting Poppy a brother to play with.

Oskar Michael Brent-Berkus became their second-born on March 26th, 2018. Like his sister, the baby was also born from a surrogate mother. Both have done a great job so far at parenting and currently reside in their home in Manhattan. However, the couple has never revealed the identities of babies’ surrogate mothers. If anything, it could be one person who delivered both their babies. 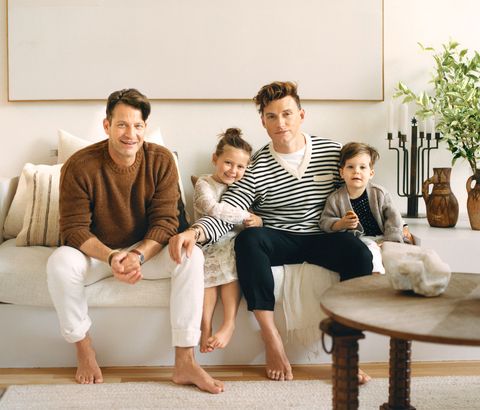 Famous artists, Nate Berkus, and Jeremiah Brent with their kids

Net Worth and Career

Despite having completely different starts in life, both Nate Berkus and Jeremiah Brent’s net worth echo in the list of celebrities. Jeremiah Brent, in particular, is one made of blood, sweat, and tears. After moving to Los Angeles in search of greener pastures, he had it rough and mostly shacked up on a friend’s couch or his jeep. Eventually, he got his break-in in 2008 by starring as the Blonde Boy in The Ode.

It wasn’t long after that he wound up into Oprah Winfrey’s payroll as her interior designer. Sooner or later, he added to his net worth by working as the styling associate to Rachael Zoe. This opened up a myriad of opportunities, including television hosting jobs. These include Home Made Simple, Say I Do the Nate & Jeremiah by Design show on TLC. On the other hand, Nate had an earlier start in his career. His net worth traces back to 2005 when he published a home interior design book. Shortly after, he followed it up by selling merchandise under Linens ‘n Things. The TLC star later made his debut on television on Oprah’s Big Give, followed by his self-titled syndicated television series.

As we speak, Nate Berkus’ net worth currently stands at $18 million. On the other hand, Jeremiah Brent’s net worth follows at $1 million. Both partners have been recipients of ad highlights in magazines, covers, and more. They even made waves as the first same-sex couple highlighted by major brands such as InStyle, Rolling Stone, and Architectural Digest magazines.