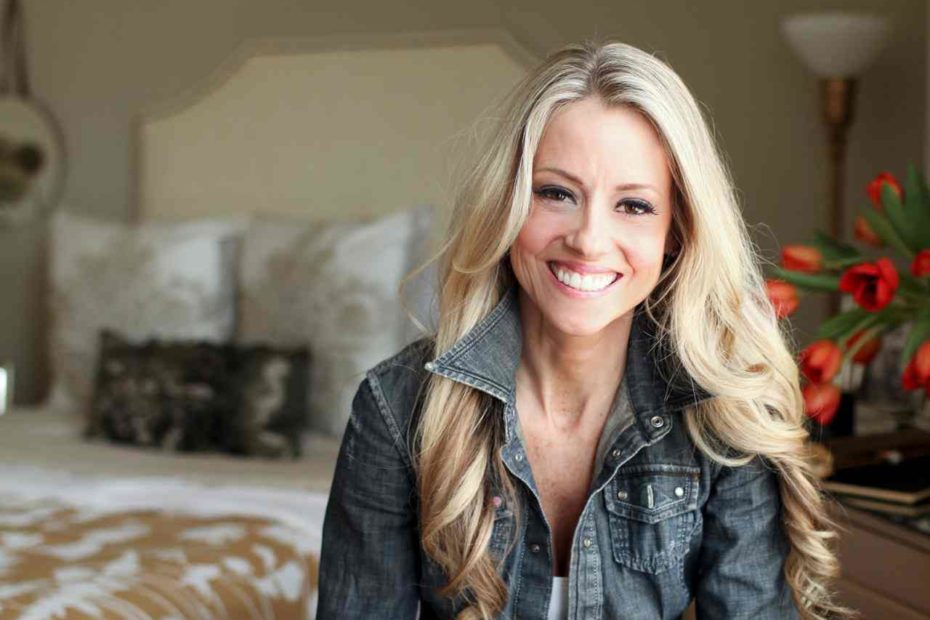 Nicole Curtis is HGTV’s star on the highly acclaimed home restoration series Rehab Addict. As a self-taught home restoration guru, the HGTV star has had success over her decade-long time in television.

However, her not-so-ideal personal life also got dragged into the spotlight for everyone to see. It involves her spouses, former boyfriends, alleged husband, and their children in nasty court battles. If you’re here for the complete list, then strap in as we stroll through Nicole Curtis’s net worth and Wikipedia bio.

Despite being a celebrity, Nicole Curtis has never dated anyone famous. However, her dating history is nothing short of a scandal, with three that we only know of. If anything, all her relationships had one common uniting factor – they all went horribly wrong. The painful part is that she sired two kids with two separate dads and hid her second pregnancy from the world.

Nonetheless, the Rehab Addict star eventually met a guy who seemed to fit the match as her spouse. He not only accepted her as a single mother but has also been going steady with her since 2019. In no particular order, here’s the breakdown of Nicole Curtis’ former boyfriends as well as her current lover.

Shane Maguire was Nicole Curtis’ second attempt at finding love. He is also regrettably her biggest embarrassment to date and father of her second-born son, Harper. While it’s unclear when the pair met, it’s quite evident that it wasn’t met to last right from the get-go. The earliest documentation we have on their relationship squabbles began in 2014 when they had an on and off fling.

She soon discovered she was with his child and gave birth to her second son, Harper, in 2015. While separated from Shane, Nicole would care for her newborn just like she did with her first, as a single mom. However, trouble came knocking when Maguire wanted joint custody over the kid. Determined to keep him away, the HGTV star deliberately left out the father’s surname on the baby’s birth certificate. 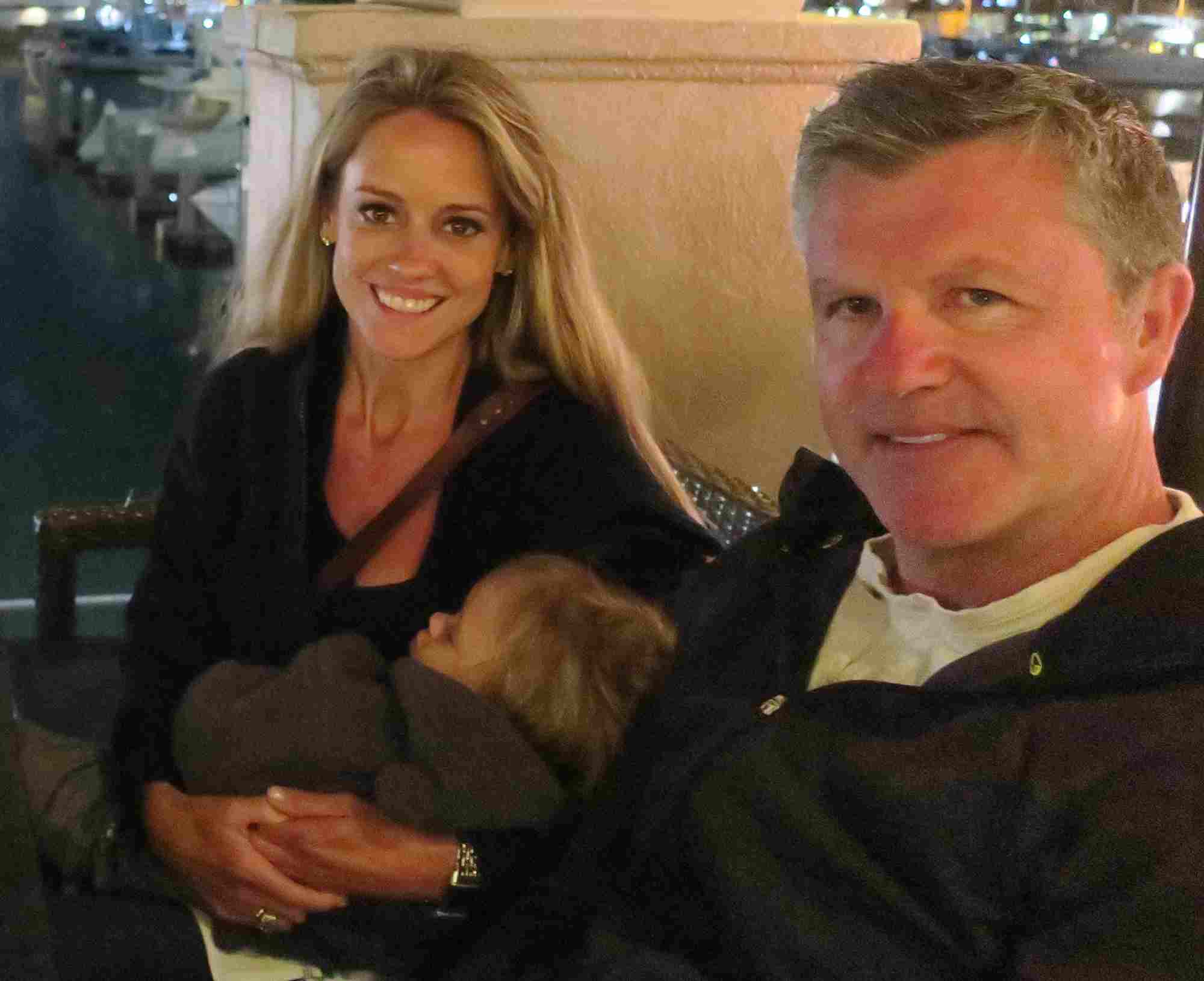 The HGTV star, Nicole Curtis, and her ex-husband, Shane Maguire

Nonetheless, Shane Maguire is a relentless man. After all, he was a man of status, clocking in as a business partner for The Gold Guys and co-owner of Joe Beasy. He took her to court over a lengthy custody battle that would span on for about three years.

Some of the main takeaways from their court hearings included Nicole filing an injunction over the shared custody while citing her inability to breastfeed her 3-year-old baby. Maguire also wanted her to go for a psych evaluation over endangering their son’s life by carrying him to Black Lives Matter Protest.

When he moved from Minnesota to Detroit to be closer to his son, Nicole responded in kind by her impromptu move to California. In the end, they eventually found a way to co-parent and put their past behind them.

Nicole Curtis’s relationship history with her former spouse, Steve Lane, falls far from a love story. According to sources, the pair met while in college and fell in love with each other. Their union resulted in Curtis’ first son, Ethan, being born in the late ’90s. Rumors have it she got married to the business mogul and eventually divorced him in 2009.

Here’s where it gets dicey, though. The HGTV star is also believed to have been in a similar situation with another college boyfriend named Steven Cimini. Some believe Cimini to be Ethan’s father, while others incline to Steve Lane. There were also rumors that one of the two was sent to prison for DUI on manslaughter charges in November 2016. Moreover, she claimed about $14.6K worth of unpaid child support from the father in 2017.

To clear up the mix-up, Steve Lane is currently married to a woman named Kaloni Rose. As the owner of Cedar Barrens Homes, he also juggles his work with parenting four kids; three daughters and a son. He attended the Tennessee College of Applied Technology and doubled as a professor for building and construction. Clearly, they were never college sweethearts as Nicole Curtis attended school in Georgia, Florida, and Michigan. This thus leaves Ethan’s paternity to Steven Cimini, or so it would seem.

The Rehab Addict star eventually found her match in her current boyfriend, Ryan Sawtelle. The pair met through Instagram after Curtis offered her heartfelt condolences for the death of Ryan’s niece, Aden. She had succumbed through Diffuse Intrinsic Pontine Glioma, a brain tumor mostly found in children. It wasn’t until July 2019 that the couple came out as dating.

Ryan Sawtelle identifies as an actor, Executive Director, and pioneer for the White Heart Foundation, a military charity organization. Despite the couple sharing their one-year anniversary in 2020, the HGTV star hasn’t shared a picture of Ryan on her socials for a while now. Could it be that they broke up? Be sure to check in for more updates. 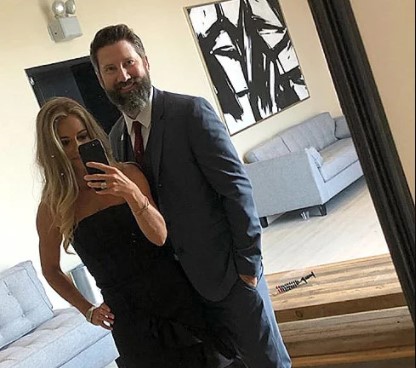 The HGTV star, Nicole Curtis, and her boyfriend, Ryan Sawtelle

Nicole Curtis is a single mother of two boys. Her eldest son Ethan is currently 23 years old. She got him while she was merely 20 and in college back in 1997. He has often made appearances on Rehab Addict and stands up for his mother when needed.

Her second son goes by the name Harper Wolfgang Lewis Curtis-Maguire. He was born out of wedlock and during a tumultuous period with the home renovation star. This year will mark Harper’s sixth birthday. There were also rumors of Curtis having a daughter, but no records were found to back the information.

Net Worth and Income sources

In a recent TedTalk, Nicole Curtis gave us a breakdown of how her current net worth came to be. She had always been passionate about real estate and even founded Mrs. Cleaning Company in Detroit. However, when the recession came in 2007, she relocated to Minnesota and applied for a job at Target. It is here that she had an epiphany and went all out to figure out her career.

She struggled with odd jobs in interior design, selling antique furniture on Craigslist before landing a television role in 2010. She hosted Rehab Addict, Celebrity Page, Beach Flip, Home & Family, as well as Rehab Addict Rescue. As we speak, Nicole Curtis boasts of a net worth average of $7 million as a licensed realtor, interior designer, and television host.

This is, without a doubt, a rumor that began right after Nicole began dating Ryan Sawtelle. While the resemblance is uncanny, the pair have never dated, much less to the point of marriage. She does, however, share amazing pictures of the medical doctor on her Instagram page from time to time.

Did Nicole Curtis Daughter have Cancer?

Another rumor that seemed to have circulated Nicole Curtis is about her having a daughter named Tessa. People mistook her for being her daughter after the star’s attachment to the young girl whenever she appeared on television. She was particularly devastated when the girl died of cancer after battling it for years and advocated for Beat Childhood Cancer Foundation. You can read about it here.

What happened to Nicole Curtis? Is she still on HGTV?

Nicole Curtis hosted the show Rehab Addict on HGTV from 2010 till 2018, when she stepped down. During her two-year tenure absence, fans often wondered what happened to her and her reasons for departure. It wasn’t until three years later when we finally got the answer to that when she returned for the revamped Rehab Addict Rescue in January 2021. As it turns out, the HGTV star took a break to spend quality time with her newborn son, Harper.

Nicole Curtis turns 45 on August 20th, this year, owing to her birthdate in 1976. As a child, she grew up in Lake Orion, Michigan, where her parents, Joanie and Rod Curtis, ran a waste-disposal business. Despite being a dirty business, it put food on their tables and paid her tuition at Lake Orion High School.

Upon graduation in 1994, Curtis enrolled at a college in Georgia to major in Law. However, somewhere along the way, she changed her heart and majored in education at colleges in Florida and Michigan. Curtis currently lives in a 1904 restored home, a move she has dedicated her life to as a licensed realtor.

While most deals go through, the city of Minneapolis once sued her for failing to restore a house she bought for $2. There have also been unsubstantiated reports of Nicole Curtis as lesbian judging from the choice of style. However, neither of these is true. She remains a happy mother of two and syndicated television host on HGTV and DIY network.