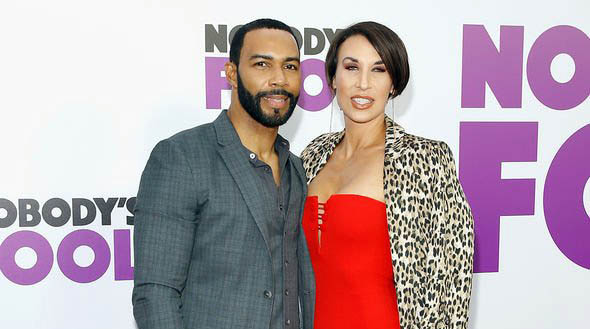 It may some days seem like celebrities are all either happily married or sadly divorced with nothing in between. However, we know that, in reality, marriage is a tricky path to walk on. Nobody knows it better than ‘Power’ actor Omar Hardwick and his wife, Jennifer Pfautch. Hardwick’s wife, especially, has been through hell and high water in their marriage.

From the loss of her son to public scrutiny towards the couple, here is what you need to know about Jennifer Pfautch. Also, please get to know more facts about her life and bio along with her married wiki.

Jennifer Pfautch’s got what was perhaps the worst news of her life in 2008. It was the moment that her first child with husband Omar Hardwick was stillborn. After happily flaunting her pregnancy in 2007, it was a devastating moment for her husband, Omar, too, but especially for Jennifer. She was already having a terrible turn of events in her life. 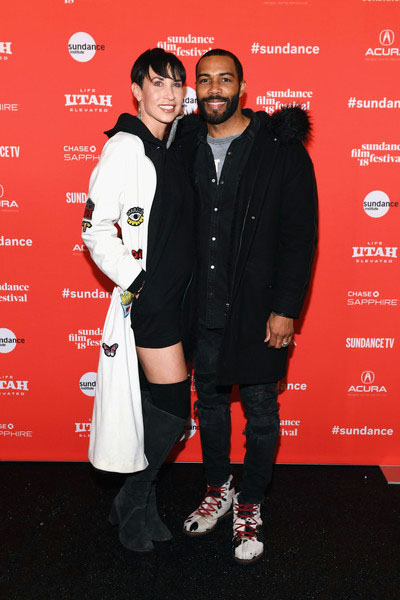 Jennifer comes from German and Native American ethnicity. Her family was not okay with her being in a relationship with Omar Pfautch.

They severed all bonds with her around the time she got pregnant with their first child. The bad luck did not end for her there as she would lose her beloved job and friends over the short course of time.

In already such challenging times, her son’s miscarriage at seven months was the death blow that struck her to the lowest point of her life.

Luckily, at that point, she was able to rediscover God and religion. Jennifer had a religious upbringing, but only at her most vulnerable was she truly understands and seeks God.

She told this entire story in an emotional Instagram post. The post was also explaining the tattoo just under her right armpit to almost her hips.

It was a long sentence from the Bible, Luke 23:34, “Forgive Them Father for They Know Not What They Do.” Furthermore, Jennifer spoke about how less it hurt to get the tattoo because of all the internal pain she was in from all her tragedies, including her unborn son’s death.

||FORGIVE THEM FATHER FOR THEY KNOW NOT WHAT THEY DO|| In 2007 I went through hell. Delivering our stillborn son at 7 months in 2008 was the breaking point. It all knocked me flat on my ass. Seemingly in rhythmic secession, shit continued to hit me from all sides. I lost a job I loved, a relationship I knew was mine, friendships that I thought were true, and family that wasn't supposed to leave me. Every time I thought I found my footing, that ground would begin to slip out from under me. Each time I looked to a person, friends or even family, most failed me miserably. I couldn't understand what the hell was going on. See, growing up in church I thought I knew God, we read about Him, sang songs about Him. I had met religion, not Him. I had heard many accounts of God's goodness, but back then I hadn't REALLY needed Him. I hadn't fallen so deep the only hand that could reach me was His. Looking back, I see now that in my solitude and desperation God began to work on me. For where He was taking me next, He needed to make sure my eyes were fixed on Him and Him alone. He had to remove (some temporary, others permanent) things and people I had set up as anchors instead of Him. I needed to forgive. Still clouded, hurting and fighting bitterness, in 2008 I got this ink down my right side. I was still so emotionally numb from disappointment, grief and unanswered questions that I didn't even feel the needles. In those deafeningly quiet, lonely and scary moments I truly met my Maker because I chose to keep walking through the pain. I was forced to put all I had, which wasn't much, in His hands. I was mostly hoping, but sometimes actually trusting that He would hold tightly onto me, since I had nothing left in me to keep a grip on anyone or anything. In my journey God made me unshakable and unbreakable. ____________________________ To y'all who DM me in your darkest moments, I'm beyond humbled that you would include me in your journey. It's hard for me to respond as timely as you may need, & to every single person. Know that I pray over all of you and I hope that this snippet of my personal journey can help you know that no storm can last forever. God bless you.

Omar Hardwick also certainly felt equal, if not more profoundly, the death of his unborn child. He, too, will run into other tragedies as in the next three years, he also lost his sister and brother.

It was an untimely death for both since his brother was 45 and his sister was 33 years old at that time. After revealing it in a tweet, he spoke about his son’s death in more detail on the Youtuber Lance Gross’s ‘I Turn My Camera On’ series.

Talking about his busy schedule at the time, he speaks of how he couldn’t even mourn his son or console his wife in time, saying,

“The doctors let us know, you know, that if it were them, they would have aborted and we chose not to.”

“So, just riding that out for months in terms of like, not wanting to go to work, and even having somebody secure enough and strong enough at home to say, “No, you have to go to work.” And then it came to a place where we lost the baby. Ironically, the day that we delivered the baby, I was forced to work.”

Jennifer Faces Backlash for Her Looks.

Since the inception of the internet, internet trolls who love to run their mouth and bully people have also come into existence. Jennifer Pfautch has her fair share of them.

Omar Hardwick is pretty secretive about his married life and, until recently, kept his wife, Jennifer, out of the limelight. However, the times that media did catch glimpses of the couple together, trolls would say make all kinds of rude comments about her? 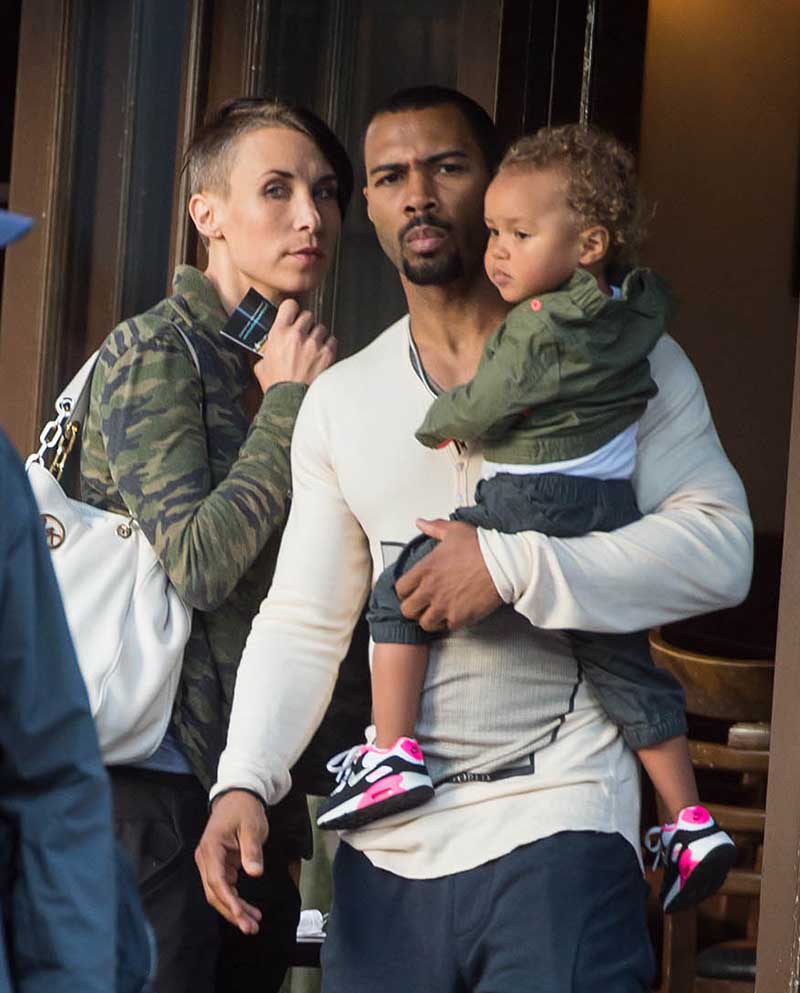 Jennifer Hardwick gets called ugly after a rare public sighting with family.

One thing that seems to be common among all the insults and jokes is the ones calling her “ugly” and saying that she looks like a man.

Well, we can let the haters hate because, for us, Omari’s wife Jennifer is as beautiful. So, what she’s a little masculine, are stars like Angelina Jolie, Diane Keaton, Uma Thurman, and many more.

Of course, Jennifer doesn’t need to hear this from us; she knows herself, and she already has her husband defending her. After a public outing in September 2014, once again, haters began their childish talks. In response, Omar came to her defense by tweeting,

I wish all of you could experience celebrity for a week to understand the LEVEL of ugly in certain diseases (called human beings).

Called out for Being an Interracial Couple

Many people seem to have a problem with her interracial relationship with her African-American husband. After being disowned by her family, she also faces public scrutiny.

In an IG post, Omar was initially dedicated to his friend, Erika James, a businesswoman set to be a Black and woman dean of the prestigious Warton School of the University of Pennsylvania.

One of his followers took the matter out of context to attack him for being married to a white woman. 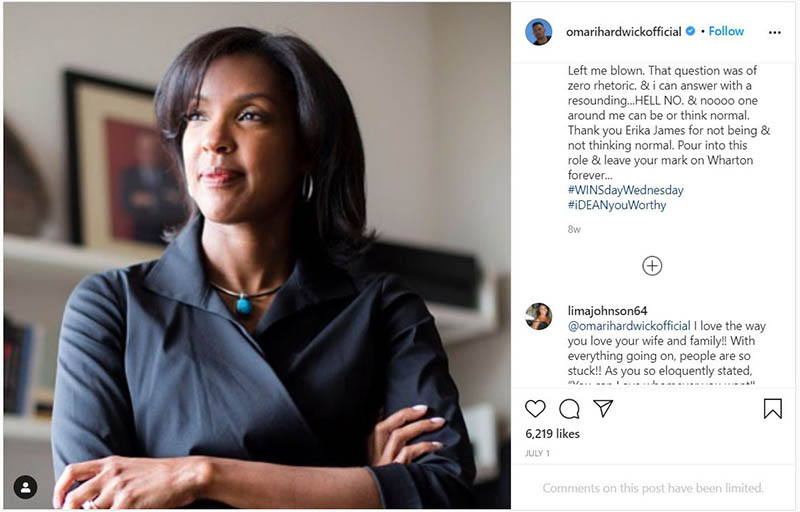 “You ask, do we value us?? Meanwhile, you choose a white woman. Smh. I can never take you type of guys serious”, her indecent comment read

Calling it a “disgraceful comment,” Harwick went on to defend his marriage, wife, and children, saying,

” You know nooothing about Jae nor my kids. I would NEVER disrespect your significant other or your kids. So watch your mouth in disrespecting mine a). b) This entire post of course consistent with me…proves how much I value black people, black women, black men, mySELF.

He did not stop to give her an appropriate clap-back further writing,

“A person’s life/journey mate (which if done right… has god in that choice equally) has nothing to do with that person’s value of themselves & the people that person’s culture/race. Meanwhile…. I know not ever to send anyone I care about to you for your craft used in being a nurse. And I see you follow me. So let me add….i equally don’t trust sh*t you say. So we’re even. Yet sooo not. Please unfollow me.”

Jenifer Hardwick is well aware of some people’s animosity towards her, particularly the black women. It is better not to reply to such people, but there may also be others who are just misunderstood about the situation. So for them, Jennifer wrote a “Love Note” to all Black Women for hoping they would understand her.

You can read the Love Note here as we won’t post the whole long letter here. However, she sure said some moving things. Even when revealing her Love Note, she put out kinds words like the following;

“Black/Brown people are not celebrated as they should be. Their ideas are often stolen, the culture appropriated to make a buck and as this letter expresses, the beauty, specifically of black women, is copied BUT not praised in its origin.”

You already know about Jennifer Pfautch’s tragic miscarriage, but she got another shot at life. She got to be a mother, not just once but twice. She got the joy while giving birth to her daughter, Nova Hardwick, and son Brave Hardwick. 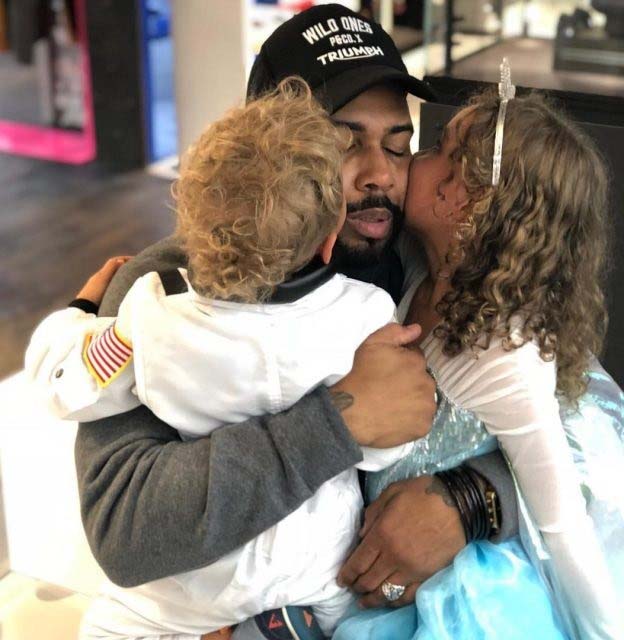 Jennifer’s husband, Omar, with their children.

She posts about her children and motherhood a lot so, we know a bit of her mother-side. One of the things she often posts about is how having kids means you lose all privacy.

From bedroom to bathroom, her kids follow her everywhere. Another thing she makes clear is that how being a mother means that one has to sacrifice or compromise every other role, including one’s career.

Lastly, she says that being a mother is “BEAUTIFUL,” but in its realness, it is a taxing job that is all about selflessness.

Jennifer Pfautch is inspirational in so many ways. She is also vocal about women’s fitness, especially mothers who often lose their physique after pregnancy and motherhood.

The Fitness enthusiast does not enforce any harmful fat or health shaming but is inspirational with her transformation. She already has six-pack abs and an overall fit body, which she obtains from a stern diet and exercise. 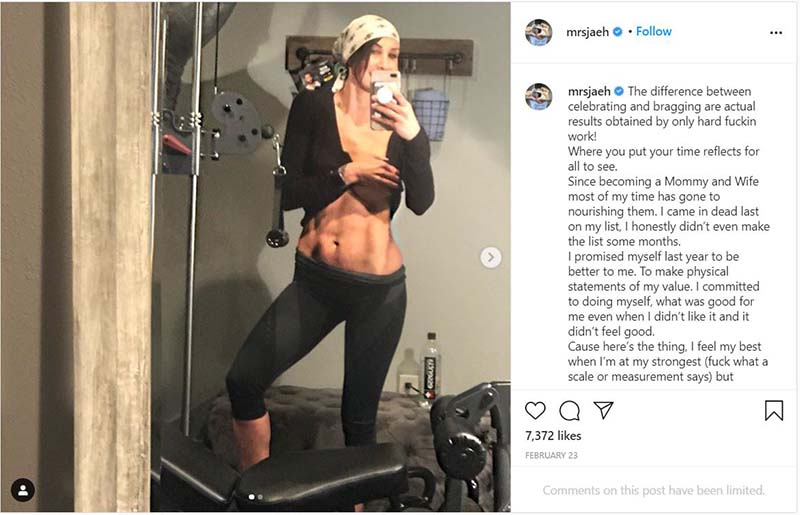 Age doesn’t stop her from being physically and mentally fit.

Jennifer also uses her social media platforms to speak against racism. As the wife of a black man and mother of biracial children, it makes her that much more motivated on the topic. She has posted it all, from the Ahmaud Arbery case to the Black Lives Matter Protests.

Furthermore, she also celebrated June 13 with her husband, the day; Interracial marriage was made legal in the USA after The Lovings won a 9-years long court battle for the right to get married. 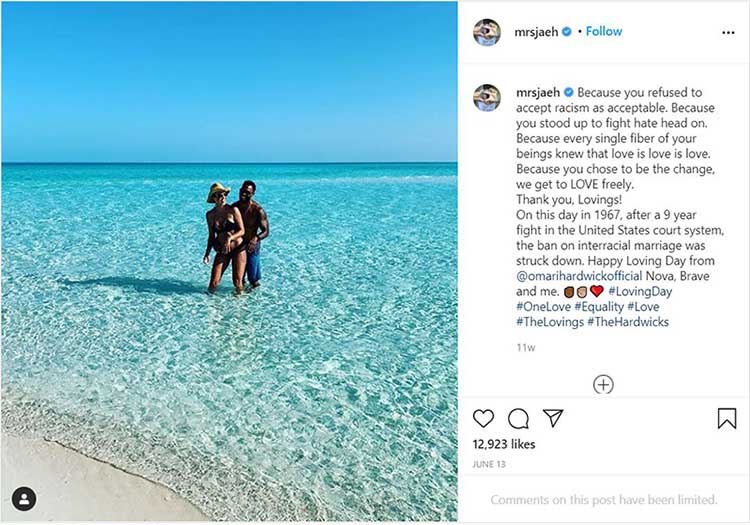 Jennifer Pfautch is celebrating the day of the first interracial marriage.