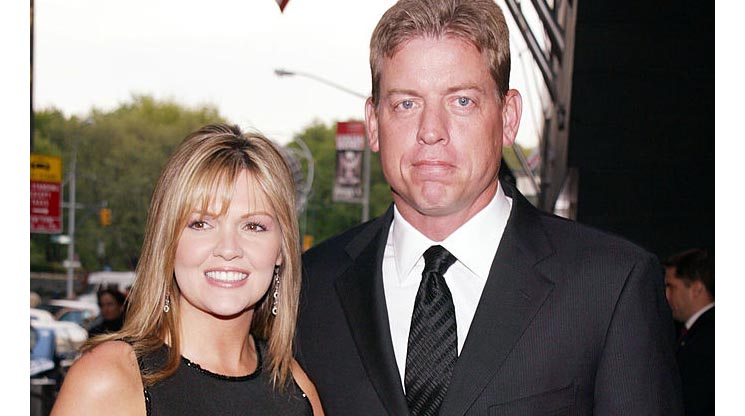 In this article, we will focus on personal information about her, including details of her past relationships, her children, and what she is currently doing. Take a look.

How did Rhonda Worthey and Troy Meet? Their first date and Wedding.

This is probably the most predictable question to answer. Rhonda worked as the public relations officer for the same football organization Troy was playing for, Dallas Cowboys. Troy was the man to be watched in the field, and Rhonda was at her prime age.

Their very first encounter is unknown but can be traced back to the late 1990s. Things got heated up in November 1998 when they started to like each other, and after some time, they started dating. After 18 months of courtship, the two got married on 8 April 2000. Their intimate wedding was held in Plano, Texas. Rhonda was thirty years old when she married Troy, who was thirty-three years old.

After staying together as husband and wife for more than a decade, Troy and Rhonda came to a mutual agreement to terminate their marriage. The news about their divorce hit the announcement on 24 January 2011, and it was finalized on 12 April 2011. Rhonda won the custody of the two daughters they had together in their eleven-year marriage. 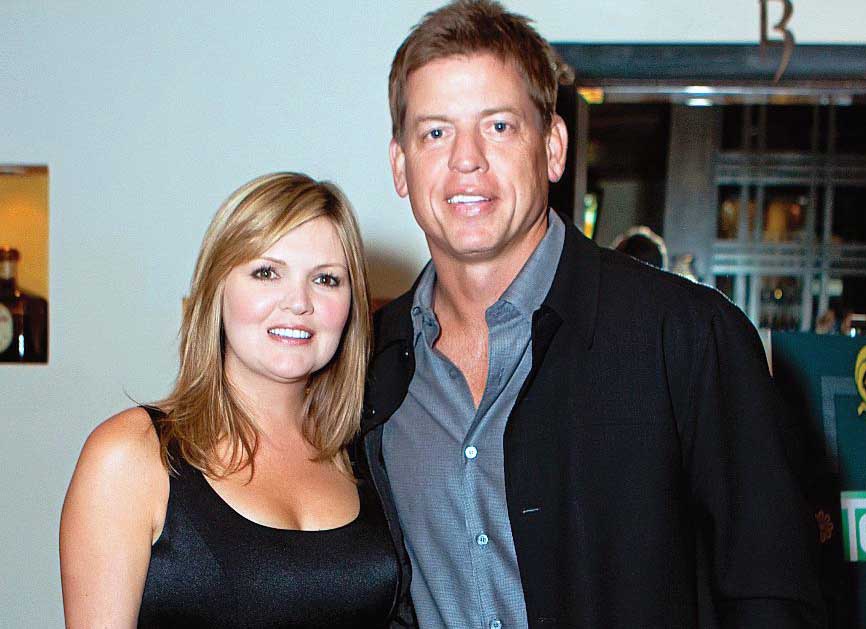 After divorcing Troy, there has been no news about Rhonda being in a relationship with another person. On the contrary, her ex-husband got married again to a lady named Catherine Mooty, a fashion retailer. Cathy came along with two boys, making Troy have four children.

Before meeting and marrying Troy, Rhonda was married to an unknown person. The fine details about their marriage have not been made public. It is unclear how long she stayed in that marriage and the reason why she walked away. However, she came out of that relationship with a child whom she had in her custody.

Rhonda Worthey Daughters: Jordan Ashley Aikman and Alexa Marie With with Troy and Rachel from Ex-Husband.

Rhonda is a proud mother of three daughters who have taken after her beauty. Her firstborn is named Rachel, and she got her from her first relationship.

Rachel’s date of birth and age is not known. Rhonda also had two daughters, Jordan Ashley, born on 24 August 2001, and is soon hitting 20 years old Alexa Marie, born on 30 July 2002 and is currently 19 years old.

Rhonda won full custody of all her three daughters. However, she is still parenting with Troy, as evident by Troy’s photos on his Instagram account.

The two daughters of Troy and Rhonda Worthey have taken after their father. Jordan, the firstborn, was an active member of her school’s lacrosse team.

On 18 July 2020, she graduated from college, and her father took it to Instagram to celebrate her. We hope to see more of her in the field even as she pursues her professional career.

Trouble with authority and 30 days of probation.

On 27 August 2012, Rhonda found herself on the wrong side of the law. Rhonda was arrested for being drunk in public near a school in Plano, Texas. If it were not for the $269 bail placed for her, she would have been taken in for public intoxication. She did not spend a night at Collin County. However, she was put on one-month probation.

The Real housewives are one show that has rocked every major town in the US, bringing out the real life of the most famous women in the neighborhood. When it was the turn for Dallas to display its best, there were high expectations of including Rhonda. However, the fans were disappointed when she made no show in the film. Reports have it that she gave up waiting for the show pitched for in 2012 only to the premier in 2016.

Rhonda was born on 2 May 1970 in Dallas, Texas. Details about her parents and siblings are unknown. She was raised in Dallas, where her hometown is. This is where she got her dream job and also met her ex-husband. She is currently 51 years old, and her zodiac sign is Taurus.

It’s nine years since Rhonda divorced and virtually nine years since any news about her came to the public domain. She has kept a shallow profile. She is not getting younger and probably has enough money to cutter for all her needs.

As of the year 2021, Rhonda’s net worth is estimated to be 10 million dollars. She earned quite a considerable sum of money from her job as a publicist. Troy Aikman’s ex-wife Rhonda Worthey also parted away with 1.75 million and other properties, including a house in Dallas worth 1.5 million, as part of her divorce settlement. She has made any form of money-making investments, as her ex-husband did with the real estate business, to maintain her net worth.

Rhonda is nowhere in social media. She has no account in any of the known social media platforms. You can go through her ex-husbands Instagram page with 239K followers. You may bump into something interesting about her, other than the photos of daughters.

Rhonda Worthey, with her Ex-husband, Troy Aikman, and their young daughters.