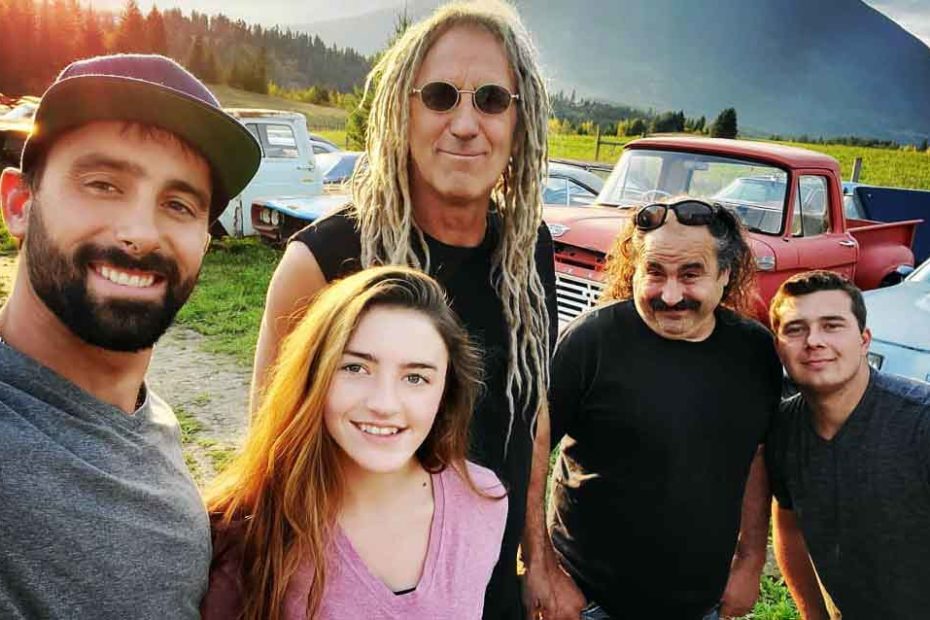 The Rocky Mountains are the home of the Rust Bros Restorations, a company owned by Michael Hall. Resting upon the foothill of the mountains, Rust Valley is considered one of the most extraordinary car communities in the world. Michael and his team take on some of the unique challenges, repairing classic cars that they sell afterward.

The History Network came calling soon after, as Mike and his crew started featuring on a show called the ‘Rust Valley Restorers.’ Recently, there have been news stories that suggest that the show might have been canceled.

Mike is a businessman, a car restoration expert, and a self-proclaimed hippy. He was born back in 1957 in Saint Boniface, Manitoba, Canada, making him 64 years old as of 2021. Hall built his restoration business from the ground up. It is reported that he started collecting vintage cars when he was still a teenager. Within three decades, he had amassed over 400 different cars.

Interestingly, the Rust Valley Restorers was not the very first reality show which Mike featured on. Fans initially got to meet Mike on a show called ‘Highway Thru Hell.’ He was reportedly trying to offload a highly valued piece of land and about 300 different cars.

When Canadian producer Matt Shewchuk got wind of this, he jumped on to give Mike his reality show. 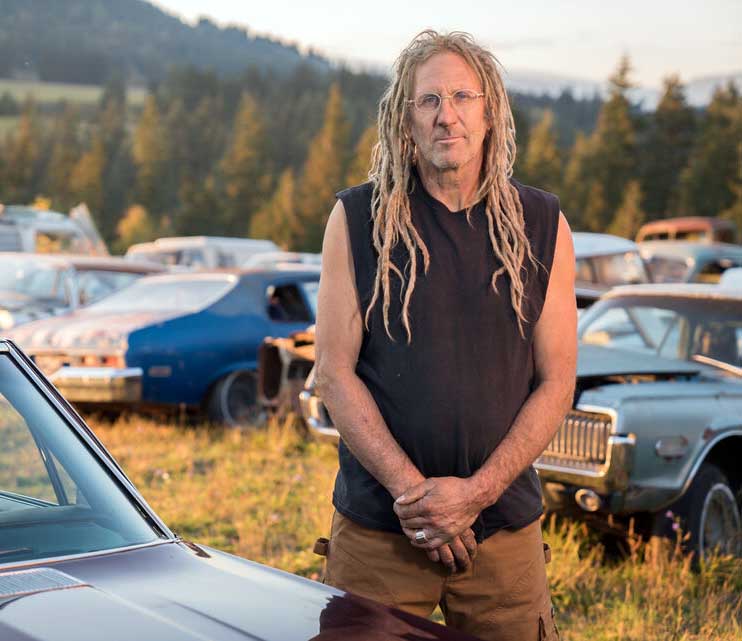 One thing that we learned from the show is that Mike is a married man. However, his wife is not part of his restoration business or reality show; she remains unnamed. Rust Valley Restorers cast Mike is rumored to have a net worth of $5 million; the income he generates from the show remains a mystery, though.

She is the parts manager of Rust Bros Restoration, which means that she is mainly responsible for buying all the parts that the boys need to complete various projects. Sarah is particularly adept when it comes to quality control, a skill that makes her a highly valued member of the team.

Ward is not someone who will sit behind and let Mike and the other boys have fun. She is a skilled restorer herself, a fact that is evident to all the fans of the show.

During the show’s third season, fans got to watch her work on a 1938 Buick. The car was in mint condition by the time Sarah was done with it. Like most of the crew, Ward was also born in Canada. She is 27 years old at the moment.

The Rust Bros Restoration Parts’ Manager is also a married woman. Her husband’s name is Shaun Scott. He reportedly runs an auto-body shop located in Salmon Arm, British Columbia. In as far as her net worth is concerned, Sarah Ward is reportedly worth $500,000.

Her exact salary on the show, however, remains unconfirmed. Some sources suggest that she earns about $10,000 for every episode she appears in.

Connor is the son of Mike Hall, the owner of the restoration company. He is reportedly in his late twenties, though this remains unconfirmed.

Connor presently works under Avery Shoaf. Interestingly, it is Avery rather than Mike who has taught Connor most things he knows about cars. His interest in cars is not surprising, especially considering that he grew up around a junkyard.

It gave him the opportunity to watch remarkably skilled mechanics and restorers at work. Other than working for his dad at Rust Bros, Connor also helps run Chimera Springs Rock Works.

This is a popular slope stabilization business in Canada. His experience running the company has made him lean more towards business rather than restoration.

Connor has developed an astute business mind in the process, and he is often the one who will talk his father out of ridiculous purchases. One such instance saw him talk his old man out of an unnecessary $2,000 expense.

Mike was trying to buy a metal forming break, which they did not need. There is no evidence to suggest that Connor is a married man. His net worth additionally remains under review.

Another day, another trip to the shop. I have an hour commute each way to the shop, so I spend a lot of time behind the wheel. Good thing I like driving with the tunes cranked! What's your commute like?

He is Mike Hall’s longtime friend and second in command at Rust Bros Restoration. Avery is easily the most knowledgeable and experienced restorer at the company, which comes as no surprise as he is the lead mechanic. Much like Connor, Avery also acts as a voice of reason, particularly when Mike makes an overly pricey purchase.

The Rust Bros Founder often tends to ignore the set budget, which is where Avery comes in. He is not afraid to argue with the boss and even gets loud when necessary.

Like his best friend Mike, Avery also has a wife of his own. She does not appear on the show as much, hinting at the fact that she may not have any interest in the world of restoration.

In his free time, Avery is also a self-proclaimed dance master. Shoaf took part in a fundraiser called Dancing with the Shuswap Stars back in 2019. It was aimed at raising money for the Shuswap Hospice.

At 21 years old, Cassidy is the youngest member of the team. She joined the team when she was just 17 years old. Mike took her on as an apprentice because she came from a family of car enthusiasts. This means that Mceown started working on cars when she was still a kid. 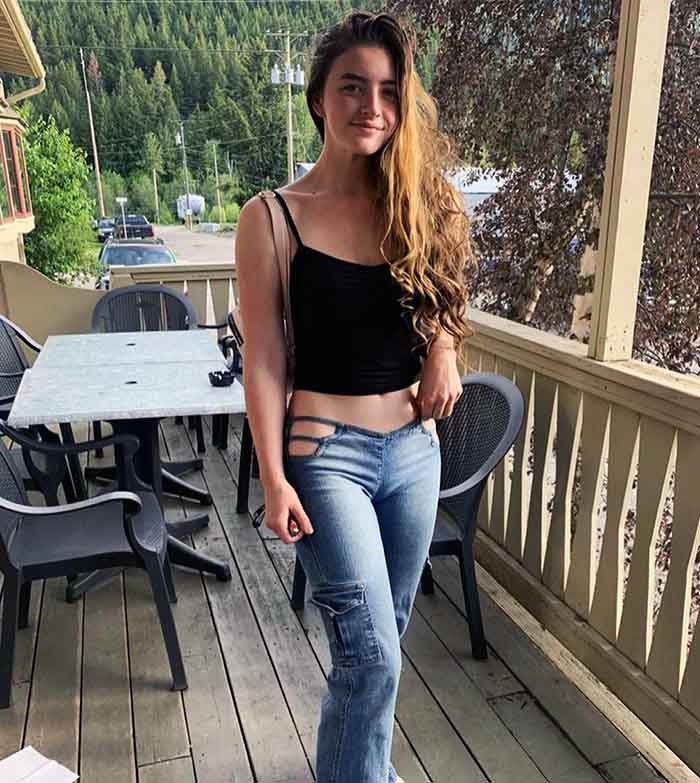 Despite her profound knowledge of cars, she took three attempts before she got her driver’s license. Fans got to watch Cassidy’s disastrous driving back during the show’s first season.

Her driving, however, has steadily improved. In addition to her work with Rust Bros, Cassidy is also a student at Okanagan College, where she is pursuing certification in Auto Collision Repair.

Switching gears to her personal life, we learned that Rust Valley Restorers Cast Cassidy is dating a man called Stan Pinyon. She is also an avid animal lover, as the numerous pit bulls under her care can attest to.

Where is Rust Valley Restorers Filmed?

Despite starting on the History Channel, Rust Valley Restorers was eventually picked up by streaming giant ‘Netflix.’ Regarding the show’s location, we uncovered that the show is largely filmed in Tappen, a small community located in the Shuswap Region.