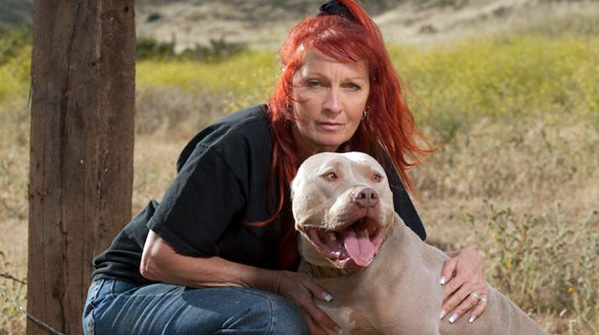 We often come across either misunderstood or downright wrong information about celebrities and try to clear them. Still, in rare cases, we find the celebrities themselves come forth and do our work for us. We are talking about Tia Torres, of course, and she recently went public to express her views and reveal the truth behind some rumors and false information about her.

Let us see the things that she thought were important enough for herself to come forth to clear up, along with overall information on her net worth and bio. Is She Still Married? Please find out about her husband and children here. 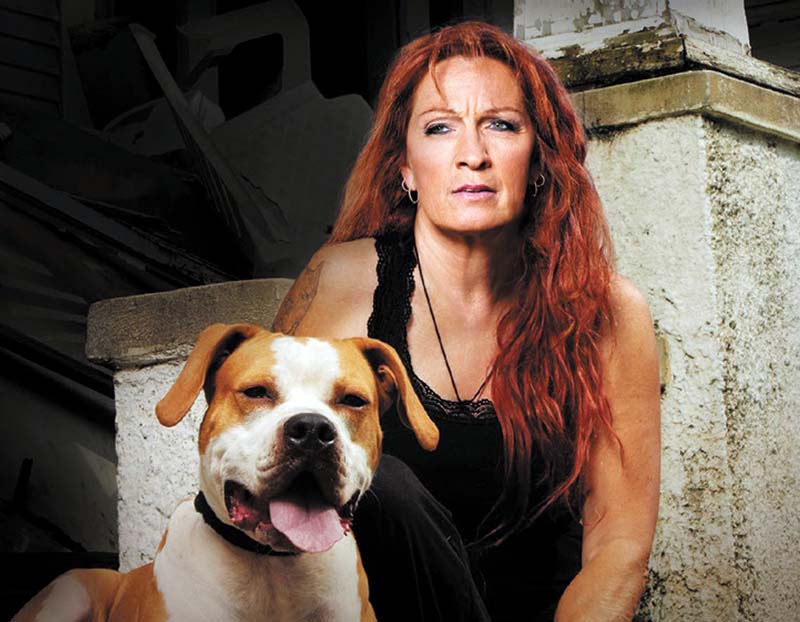 Tia Torres is famous for being the main cast member of ‘Pitbulls & Parolees, and since the inception of the show, we have always come to know of her as a married woman.

Her husband was Aren Marcus Jackson, who barely has a two-episode appearance in the series. Regardless, he still being the husband of Tia Torres was the constant name for the series’s fans.

However, Tia Torres and Aren Marcus Jackson barely got to enjoy a year of their marriage. They met when Torres was trying to find a lost Pitbull owner like she always does when it turned out that it belonged to Jackson. However, Aren Jackson was serving a 14-years sentence in prison so, Tia took care of the dog until then.

When Aren Marcus Jackson finally came out of the prisons serving 14 years in 2006, they did not delay things any further, getting married the same year.

They will be married for years to come, but unfortunately, they will not enjoy much of it as Aren Marcus Jackson would be arrested in September 2007.

Tia Torres reveals her Divorce, which was Years Ago.

All of this went down before the reality-documentary series ever took off, and since the early seasons, we barely even get to hear Jackson’s name.

There were divulging speculations about Tia Torres’s marriage, with several sources claiming that it was over. Yes, several websites, including some credible ones, claimed that they were already through their divorce.

However, many other sources claimed they were still married, but we value quality to quantity anyway. Luckily, Tia Torres takes the misinformation of her personal life quite well personally.

She has spoken up about this particular issue more than a couple of times, ensuring that, yes, she is divorced and no longer married to her husband, Aren Marcus Jackson. She further also said that it was all done years ago and kept away from the public.

LAST NIGHT'S SPECIAL EPISODE ANSWERED THE #1 MOST ASKED QUESTIONYes, it's finally "super duper public", I have been…

Furthermore, you can sense a tone of annoyance in Torres every time she mentions her divorce and ex-husband. It may suggest that things did not end well during their divorce, especially when Tia wrote that she doesn’t even know if her ex-husband is out of prison or not and does not intend to keep tabs on him.

Why is Aren Marcus Jackson in Prion? When Does he Get Out?

Aren Marcus Jackson was arrested on September 6, 2007, while still on parole. He was arrested at his former wife, Tia’s residence, and a search revealed him in possession of the stolen property.

The past offender was charged with 11 grand theft and burglary counts and sentenced to 15 years and eight months in prison. He was already on his “second strike” of parole, so; there was no chance he was getting any mellower sentence.

While 15 years and eight months of a sentence would mean that he would not be out for at least 2023, several sources have said that he will be getting out sooner.

Moreover, they confirm with certainty that his release date is set in 2020, which is this year. Still, we don’t have any news on whether Tia Torres’s ex-husband is out of prison or not.

Even Tia said in 2018 that she does not care if Aren is out of prison anymore, which makes us believe that his early release is possible.

Tia Torres’s Children; Who is Their Father?

Tia Torres altogether is the mother of four children. She only has one daughter with her former partner, Aren Marcus Jackson, Mariah Jackson.

She also has another daughter, Tania Torres, from a previous relationship. Tia Torres was also particularly not fond of the false news going around that Aren Jackson was the father of all her children.

She takes no shame in admitting that she has a lot of partners in the past. The other two of her children are the twin boys Kanani and Keli’i, originally from Hawaii.

The boys grew up in a harsh environment but luckily went to the same school as Tania. They became good friends and escaped from their broken homes; they hung out with Tania at her mother’s ranch and pitbull rescue center. 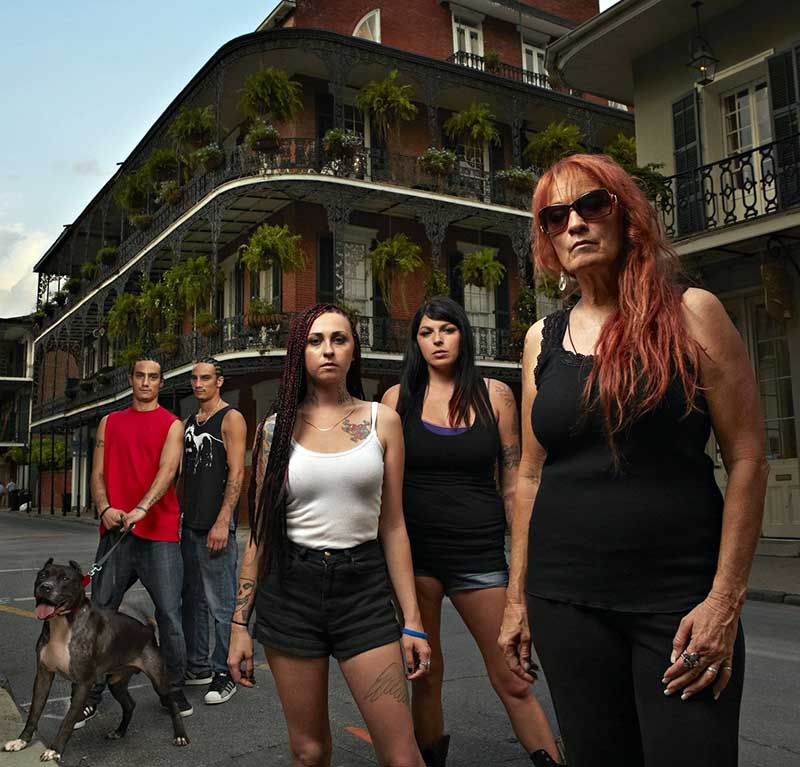 They were so adept at handling the dogs and pulling their weight around the place that Tia basically took them in. They were practically adopted by Tia since then and became like her sons.

Another thing the ‘Pitbulls and Parolees’ star was quite touchy about was the wrong information about her height. Most websites did not seem to care for a more accurate assessment of her height, estimating it at over 6 feet 1 inch tall when in fact, she was just 5 feet and 5 inches in terms of height.

“I am 6′ 1″ tall…yes you read that correctly. According to the experts, I am over six feet tall. Dammit…why didn’t someone tell me this?? I so missed my calling on America’s Next Top Model,” she joked.

TIA TORRES FACTS THAT EVEN I DIDN'T KNOW :)From the beginning of having this TV show, I had always been warned: "never…

While you are learning about her height, you may as well learn about her eye color. Along with her height, her eye color was also something where sources gave wrong data. She is pretty proud of her Irish green eyes and hates the wrong information that they are brown or dark brown in color.

Tia Torres’s Family Murdered? Are Her Parents and Son Dead?

While until now, we are done with sharing almost every wrong input on websites out there, but until now, all the false info was really incorrect assessment and poor assumptions.

However, Tia found a few articles that even wrote a complete make-believe murder mystery about her family background.

Yes, they went as far as to cross a line and told that her entire family was murdered, including her parents. We can assure you that such a tragedy never came to pass. Her parents and the rest of her family are okay.

No, Tia Torres’s son is not dead. All her childrens are alive.

Tia Torres was born on June 11, 1960, in the Southern part of California, USA. There is no way of knowing her parents’ identity, but we can assume that her parents are divorced because her stepmother raised her.

Her stepmother was an important influence in her love for animals, which began with horses. Her stepmom would teach her discipline by teaching her to ride and take care of the horses. 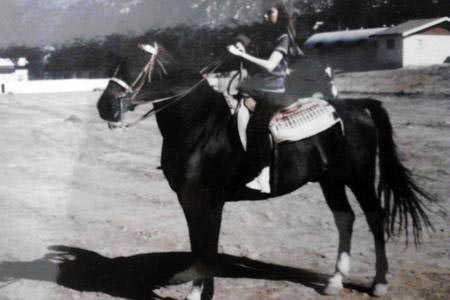 Currently, her father lives in Washington, and her mother lives in Kentucky. She left her house at the young age of 17 and spent some time in Sri Lanka. Her love for animals changed from horses to dogs before that. She initially began to work with wolf dogs after a relative left her with one after becoming too much for him to handle.

However, she had a lot of trouble managing her finances and collecting funds for Pitbulls. So, she took the chance to be able to pay for running her organization and operations. Thanks to that, Tia Torres’ net worth of around $300,000.