Where is Heavy D and Antonia Lofaso’s Daughter, Xea Myers? 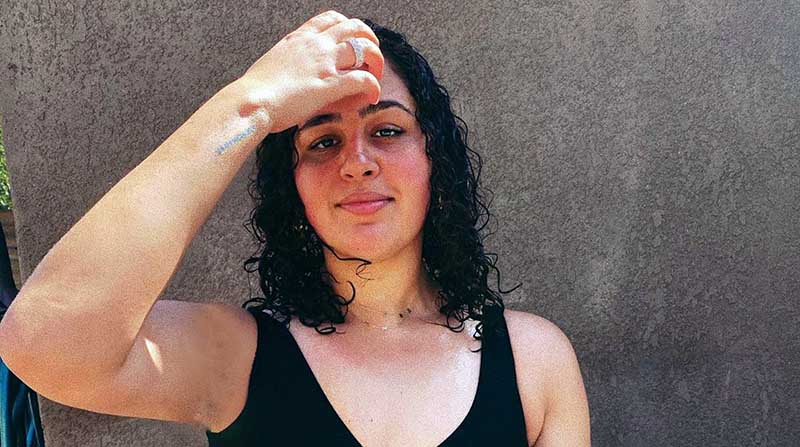 It seems that we lose influential people every day. While as important as talking about their death, it is equally important to talk about the people they leave behind. We still remember the untimely death of 90s rapper Heavy D back in 2011, and often what is happening with his family. Moreover, where is his only child and daughter, Xea Myers?

Well, we did a check, and it turns out that little Xea is already an adult and an interesting one at that. Here is what she is doing now. Find her present whereabouts through her social media activity and learn her net worth, weight loss, and relationship with her father.

Xea Meyer is Going Through an Impressive Weight Loss.

We were not able to extract a lot of information about Xea’s childhood and upbringing, but now that she is making herself public, we are getting to discover a lot of new information about her. One thing we couldn’t be more proud of her for achieving was her recent weight loss.

Xea posts all about it in her socials, flaunting a little bit but also for the purposes of encouraging others while also staying body positive. She put up a photo of her on a white tank-top, revealing her flat belly.

“I was going to wait to post anything about my progress during this quarantine, but today I put on a shirt I never thought would flatter me in a million years and I just felt GOOD. I still have a long way to go but to have made it this far is an accomplishment. Week 10 begins tomorrow”,

It was clear that she was in just week 10 of her weight loss program and intends to get fitter in the future. It might be the Heavy D loyal fan in us, but we think that she looks perfect just the way it is but props to her for pursuing a healthy lifestyle and encouraging others on the way.

The last time we probably heard of Xea was during the custody of her father’s estates and property during the court proceedings. So, we were naturally very curious to learn what happened to all of it. Well, the reports from back then were clear that all of Heavy D’s estates were to go to his then 13-year-old daughter, Xea.

However, it was D’s brother, Floyd Myers, who was filing an old will of the late rapper stating Floyd to be the sole recipient of the inheritance and neither Xea nor his parents or family. But, the rest of the family supported Floyd’s claims because they believed he was taking all the property and royalties of his brother to manage and safeguard it.

It would come to be passed on to Xea Myers when she becomes an adult, so, about right now or already, Xea may have inherited her father’s earnings. At his time of death, Heavy D’s net worth was set at approximately $350,000. If she gets a hold of all his life’s earnings, she may also stand at a similar net worth.

On the other hand, her mother, Antonia Lofaso, is also a celebrity chef with her own fair net worth of over $1 million. So, as you can see, Xea Myers stands at quite the family fortune, which may be in millions. 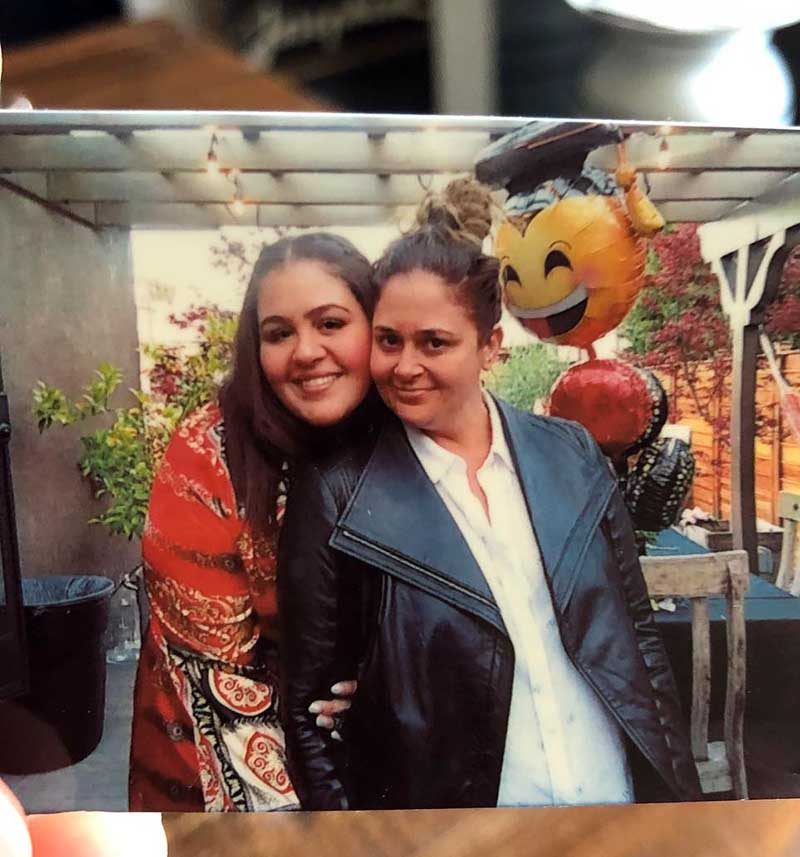 Heavy D passed away on November 8, 2011, at the age of 44. The cause of his death was a pulmonary embolism, which broke off from the Deep Vein Thrombosis in his leg.

After performing a tribute to Michael Jackson, the blood clot that led to the PE was most likely from an extensive flight, probably his recent one where he was returning from Cardiff, Wales.

Xea Myers would only be 11 years old at the time, but she still misses her father dearly. Xea’s first Instagram picture was a photo of her dad kissing her, and since then, there have been many similar photos of her dad. Posting an old black and white picture of her dad holding her on his lap on his birthday, she wrote,

“I dedicate everything I do to making you proud.”

I dedicate everything I do to making you proud. happy birthday to my hero 🤍👼🏽I love you pic.twitter.com/83SnXIX2qS

In father’s day, too, she had the following message to give out to her father;

“I miss your laugh. I miss your smile. and I miss everything about you. This photo makes me so happy because it embodies everything GOOD about you. I wish I could talk to you every day about music and my life. I love you papa, happy father’s day.” 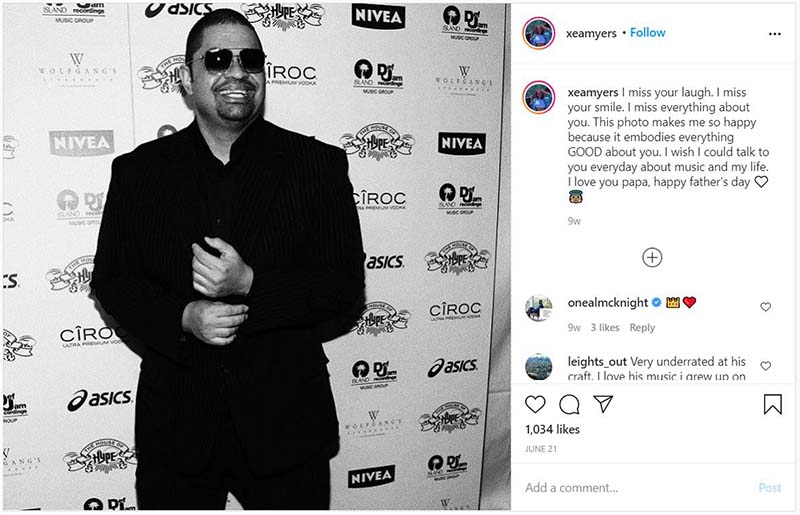 Xea also wrote a beautiful story in 2019 about her father. The story is too long for us to write, but she basically writes a short bio from him. She writes how he left his beautiful country of Jamaica for a better life and came to live in the slums of New York.

Furthermore, she wrote that her father, at the age of 3, had to remove one of his eyes because he was going blind, revealing information not many people knew.

She went on to say how she was one of the reasons why her father left the rapping industry. Likewise, she wrote about her father’s struggles as a high school dropout. In the end, she wrote about how he did such great things despite facing tragedies like the death of his two brothers to drugs and gun violence. It was very tearful to hear her speak of her last day with her father.

To You:There were seven of you. Five children. Two Parents. All standing together in front of the judge as you all in…

It is evident seeing Xea Myers Twitter that she is very vocal about her mental health problems and love life struggles. Depression always gets even the best of us and ruins the best of our days. Keeping then in mind, she wrote the following;

no matter how much progress i’ve made with my mental health i’ll always have days where my heart aches a little, where i begin to doubt myself or question my strength and that’s okay because it is okay to not always be okay as long as you know you eventually will be

Likewise, she also thought of a joke about her anxiety, ” Xea:0 Anxiety: 100,” which honestly made all of us a little. Although it is not all fun and games, especially with all the downs, it sounds like she has had to face in her love life. Luckily, she is someone who learns her lesson from her mistakes, one of which was not to value people who don’t value you or your company. Learn it in her own words in the tweet below;

stop letting people into your life who can’t make time for you. if you’re the one consistently reaching out and making the efforts to make plans, you’re in a one sided relationship or friendship. i don’t care what the excuse may be it’s just that, an excuse.

From mental stress to trouble in her love life, 2019 was not a good year for Xea. You can feel the straining effect it had on her on the Tweet below;

2019 was probably one of the hardest years for me but I am nothing but grateful to have experienced it because it made me a better version of myself. God has truly blessed me and taken care of me my whole life ❤️

However, she thanks 2019 to have taught her to be a better person, and as we saw from her 2020 weight loss updates, despite all the bad that’s happening around the world, it seems to be quite pleasant for her.