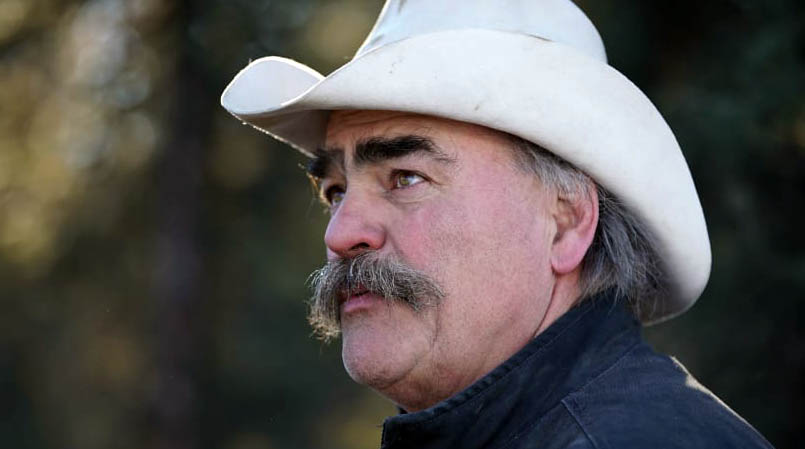 It is one thing to get famous individually, but being famous with one’s family must be a unique experience. Many of our favorite reality-documentary shows are mostly about family businesses, but even among them, the Raney family from the ‘Homestead Rescue’ is our favorite. Meet the family patriarch Marty Raney and meet the rest of his family, his wife, and children with their own short biographies.

Marty Raney was born on March 8 of 1957, in North Bend, Washington, which makes him 64 years old. Faith brought Raney to Southeast Alaska in 1974, where he was initially living in a floating logging camp on Prince of Wales Island. In 1986, he set another milestone in his life by climbing Mountain Denali, the highest mountain in Alaska and North America.

Raney married his wife, Mollee Roestel, quite a long time ago. They moved to Haines, Alaska, shortly after marrying to begin the new chapter of their lives. Their homestead in Alaska was deep inside the Bear territory, where the dangerous wild animals live in a large population.

However, the bears were only the first of Raney’s problems. Building a house itself would be a challenge so, forget facilities like water, heating, power, and plumbing in such a remote location. 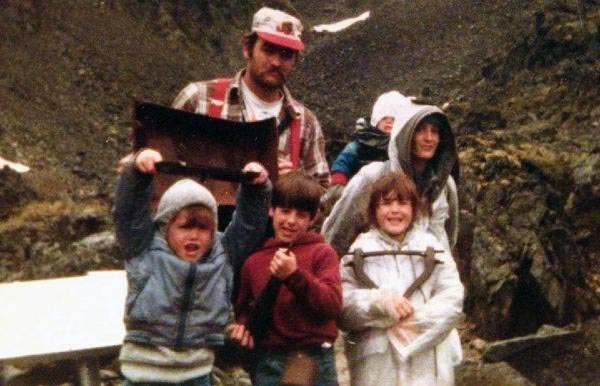 Marty Raney with his wife and children.

However, slowly and steadily, they began making it cozier. There is one upside; perhaps the only upside that outweighs all the downside of such a lifestyle is that it certainly brings a family together like nothing else.

It may be the reason why the Raneys are so close. We can see that unity displayed clearly in ‘Homestead Rescue’ since the beginning of the series in 2016. Matt Raney has since amassed a total net worth of $1 million.

His grand net worth is understandable, considering his salary of around $81,000 per year. However, his true earnings in his life are surely his wife and children, so read about them below.

There is very little knowledge about Marty Raney’s wife out there. So, we have almost no information when it comes to her birthdate and age. We hardly ever get to catch her on ‘Homestead Rescue’ so it is really not that big a surprise. However, we can work up a pretty decent bio from what we know about her life through other’s stories. 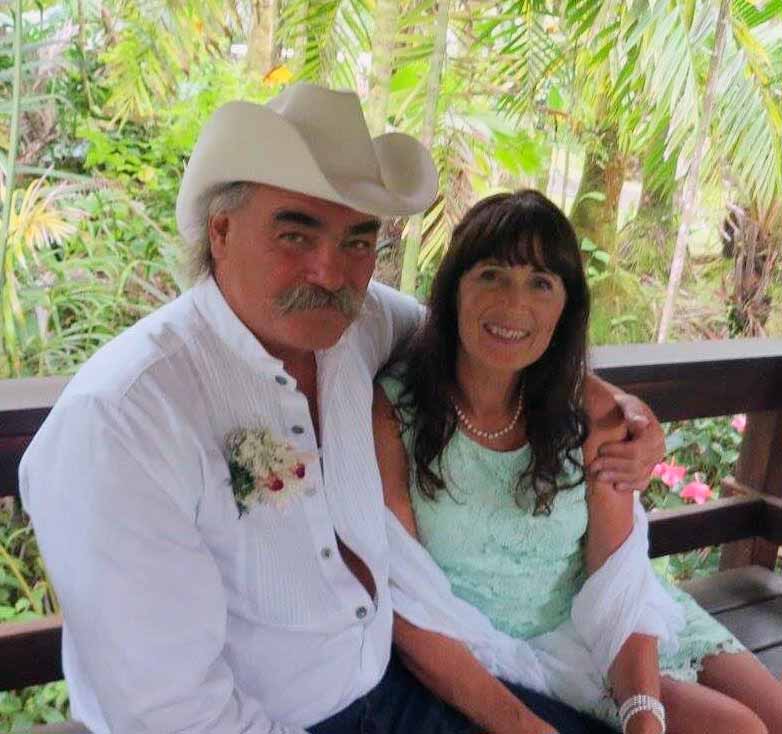 I mean, she was ready to move to the bear-infested off-grid region of Haines, Alaska, which tells us a lot about her loyalty. She is also a great mother to all four of her children.

Her first child was her daughter Melanee who was born under quite stressful situations. The complications from her birth were so severe that her husband had to call in the emergency airlift. She was flown to Whitehorse in Yukon Territory, Canada, where she gave birth.

Likewise, she gave birth to Misty and Miles Raney in Sitka, Alaska, while her youngest son Matthew was born in Anchorage.

Misty Raney once spoke of her mother saying,

“My mom is the toughest person that I know, and a lot of us think she’s the toughest one in our family. She’s this beautiful, soft-spoken woman and she’s made of nails,”

“She’ll be the last one fishing and she’s out there hunting the longest. I don’t know, man. Everybody knows my dad; he’s very tough. To have those two be our parents … I was raised (to be) incredibly independent and to problem solve and figure things out on your own.”

She also has an Instagram post through which we get to see a little bit to look inside her family life. It was enough to give us the info of what the Raneys do off-season, and it turns out they go vacationing quite a lot, from fishing in the Sutton River to a visit to Lake Ontario. Through her IG, we also learned the passing of her father earlier this year from old age. 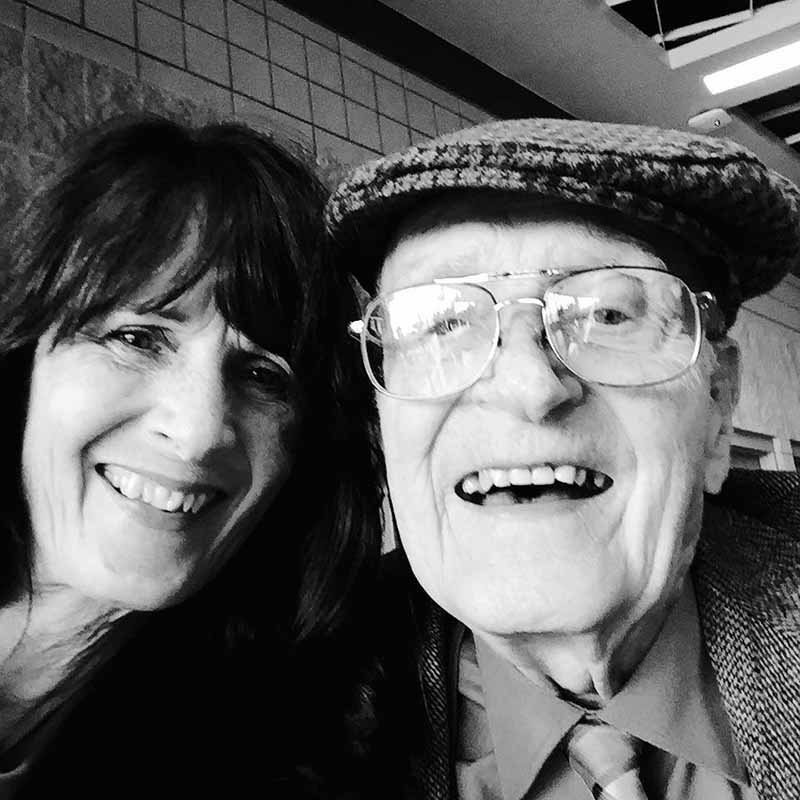 Mollee Roestel with her father, who died recently.

Now, let us briefly look into two of her kids who accompany her husband in ‘Homestead Rescue.’

Melanee Raney should be around 50 years old, considering how all Raney children were born around two years gap. She left her family some time ago to get married and start a family of her own. So, there is relatively very less information about her. However, we have all that you can know about her career and married life after leaving her family.

She has worked seven years as the raft and ski guide in Girdwood and takes after her father’s musical talents as well. The eldest Raney kid just doesn’t play guitar and piano and has been giving lessons since she was 15 years old. She was a woman brought up in Talkeetna Mountains, where she grew up running the Hatcher Pass and beyond as if they were her backyard.

Born, bred, and working under mountains, she has an innate love for mountains, and she even met the love of her life on a mountain. Melanee Raney met her current husband, Ari Stiassny, atop Cornbiscuit Mountain in the Chugach Range.

It is unclear the date they met and the date they wed, but it is clear that it was a long time ago since they already have 3 adventurous children together, Mia (15), Col Dov (12), and Taz (8).

Melanee Stiassny and her husband both currently work for Chugach Adventures as guides. Stiassny also had the opportunity to work on ‘Homestead Rescue‘ with her father and younger brother and sister. However, she gave the casting request a very fit reply saying, “I don’t own a TV and don’t want to be on TV.”

The entire Raney family may live an off-grid lifestyle, but Miles Raney is the only one who is off-grid from the media. Yes, we know exactly close to nothing about the oldest son of Marty Raney.

We know that he is a mountain biker from his father and siblings’ socials who advertise his achievements. He recently completed a solo mountain bike trek around the world in over 200,000 km.

He also took part in the annual Alaska Mountain Wilderness Ski Classic in 2014. At the end of 2017, he also featured in Marty Raney’s YouTube channel about their story about a grand find.

According to Marty himself, it was a “once in a lifetime find,” which was a Bull Moose antlers with 64 inches and 84 pounds measurements. It was a locked set of horns that were so heavy that Miles couldn’t even carry it properly.

Misty Raney is arguably the most famous of Marty Raney’s children, with her younger brother and co-star Matt Raney coming in a close second. She was born on November 9, 1979, meaning she turns 42 years old soon this year.

Misty was always into arts and crafts and thus, became a capable carpenter. However, her true strength lies in farming, and in the show, she also consults and guides other struggling homesteaders in the right way.

Misty Raney is the queen of compost who thinks homesteaders overlook farming to hunting and gathering. In contrast, agriculture would form the majority of their diet, and that is incomplete without compost. Misty Rainey’s net worth is approximately $300,000 from her career.

She is married to husband Maciah Bilodeau, who she has been with for around 20 long years. Maciah is a surfer and carpenter from Hawaii. The couple currently lives in two places, spending their summers in Alaska and their winters in Hawaii.

In Alaska, Misty, with the help of her husband, lives in their self-built 800 square foot cabin inHatcher Pass, which is not too far away from her parents’ house, along with their 10-year-old son, Gauge Raney. 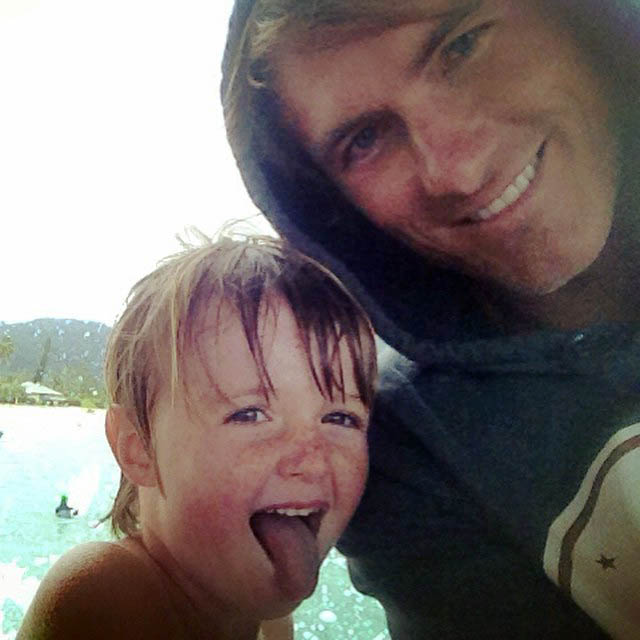 We finally come down to the youngest, Matt Raney, who may be the last but certainly not the least among the Raney children. Matt Raney was born in July 1982, meaning he is 39 years old as of now. Matt Raney is the hunter of the family. Of course, every member of the Raney family is a good hunter, but Matt is an absolute specialist in the field.

In his bio, Matt says, “I’ve had encounters with Bears, Wolves and run naked with the Caribou. Our family has embraced a lifestyle of subsistence. Through all the years our only objective has been to fill out a freezer full of Salmon, Halibut, Caribou, Doll Sheep, and Moose. We’ve had good years and bad, but I can’t remember the last time I ate at a fast food place or bought meat from a market.”

In the show, too, he consults struggling homesteaders on hunting and fishing tactics. Hunting is something Matt Raney has done since a child, and a few can match his experience and instinct. For as long as Matt remembers, it has been his job to fill the family freezers full of meat of Salmon, Caribou, Halibut, Doll Sheep, and Moose.

Quarantine ski, it’s been snowing and no one is on the slopes. Fresh air and exercise are part of “flattening the curve” #homesteadrrscue

Matt outdid himself in 2015 when he collected a total of over 1000 pounds of meat in total. We can say that he earns every bit of his $250,000 net worth. Matt Raney, in his personal life, is also happily married. The name of his wife is Katie, and they got married on May 2, 2016.

They already also gave birth to a son in 2018 whose name remains a mystery. From his social media, he is the happiest when he is spending time with his family.