Nothing gets us as emotional as a video of a seemingly random big and tough man crying at his children’s birth. One of such tough men we see in Discovery’s ‘Homestead Rescue‘ is Matt Raney. A person who grew up off-grid in Alaska, Matt, resembles one of the fierce bears that Alaska is full of. We never did get to see the large, independent, and tough Matt Raney welcomes his son into the world, but we imagine he was a little teary if not weeping like, well, like a baby.

Right there lays the problem, doesn’t it? Matt Raney is one of our favorite TV personalities, and we never get to see his side much.

Matt Raney is Married to his wife Katie and has a son named Indy Lorel Raney.

You may already know that Matt Raney is a happily married man. It is hard not to be happy when you’re married to the love of your life, and that is none other than his wife, Katie Bird. 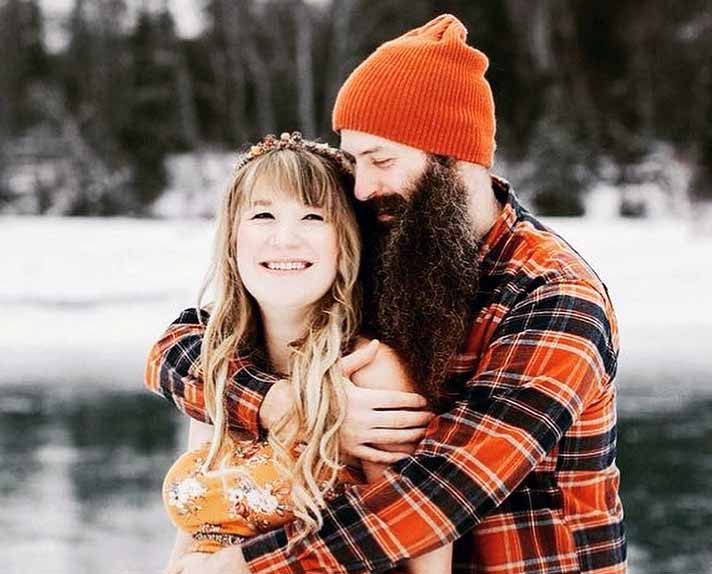 Matt Raney is married to his wife, Katie Raney.

Katie Raney got married to Matt on May 2, 2016. Shortly after the wedding, Matt and wife Katie Raney went on a honeymoon in Hawaii. They have been married for over 4 years while knowing each other for longer than 8 years.

Father and son. So incredibly happy to have Baby Indy!!!

While we may not see many of Matt Raney’s wives and sons on the series Homestead Rescue,’ Matt Raney does not tire of featuring them on his social media.

“Anything more precious than a mama bear and a baby cub?!”

He wrote in one post about his wife on a snowmobile as she was holding her son on her back. Similarly, “My world!” he wrote on another post with a picture of his wife, Katie, on the top and son, Indy, below.

Matt Raney was born to parents Marty Raney and his wife Mollee (Roestel) Raney. He is their youngest child, born after three elder siblings. Matt Raney’s two older siblings are sister Melanee Stiassny and brother, Miles Raney, who are both not part of the show and thus relatively lesser-known. Both of them still lead pretty similar and adventurous lives. 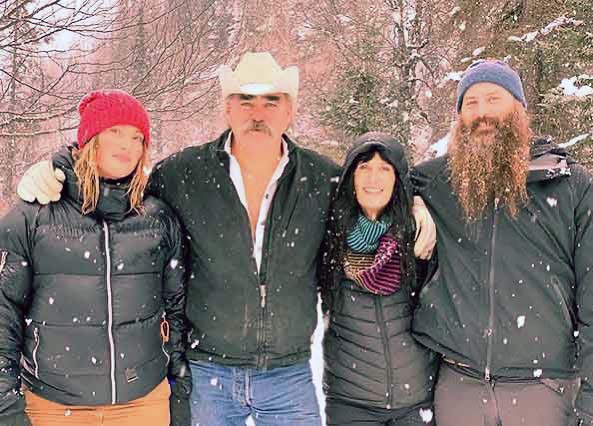 Matt Raney, with his father, mother, and sister, Misty.

Melanee is an experienced guide of the Chugach range in Alaska, whereas Miles is a world-traveling mountain biker. You all know Misty Raney pretty well since she is his co-star on the show. Thus, Matt is particularly close to his father and Misty. Misty once recounted one of their early memories when they had to share one sleeping bag to survive. She remembered.

“My dad and me and Matt had to sleep on this side of the cliff for a couple of hours, with no tent, of course, and we only had one sleeping bag, and we had to think about it really logically. We’d say, ‘OK, Dad, you’re the biggest, and you go on the bottom because you’re going to roll down on top of us.’ Matt was in the middle, and I was on top, and we were just sandwiched in. I don’t what the point was because you don’t sleep; you just close your eyes for a second.”

Matt Raney’s Net Worth and Career.

Like any other homesteader in Alaska, Matt Raney has all the skills necessary to live off the grid, but very few people can compete with the level of expertise Matt Raney shows as a hunter. ‘Homestead Rescue’ fans are aware of this more than anyone who can pick up neat hunting and fishing tricks simply by seeing Matt Raney on TV.

The protein and energy that come from meat are crucial for survival, especially in a place like Alaska. There are plenty of sources of meant in the Alaskan wilderness, from fish like salmon, Halibut, and Caribou to animals like Doll Sheep and Moose, but successfully hunting them requires a high level of ingenuity. Luckily, for people who seek help from the Raney family, Matt Raney is the best at what he does.

Since a young age, he has been hunting and bears the responsibility of making up most of his family’s meat stock. In 2015, he was even able to hunt more than 1000 pounds of meat by himself. It is no wonder why Matt Raney is such a favorite of the viewers and can amass a net worth of around $250,000.